The Manhunt: How I Got My Students to Actually Come to Class 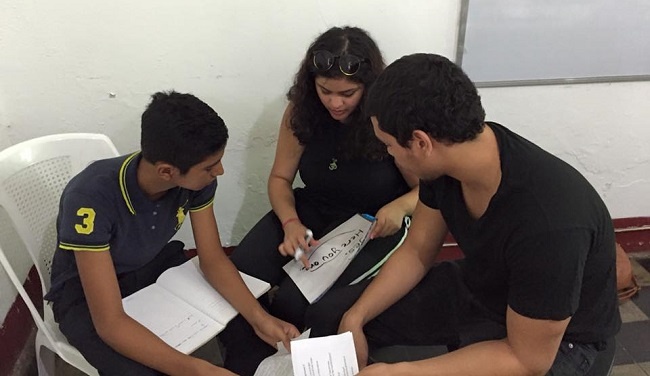 I looked around at the empty classroom before me. There were about seven students in total, all staring at me nervously. I checked my attendance list once again, thinking I had made a mistake. On a single sheet of paper, I double-checked the class period and saw that there was no error. I was supposed to have 28 students this period. As I took attendance, I must have had a nervous look on my face because one student got up and put her hand on my shoulder and said, “most students don’t come to English class… they just don’t really care about it, ya know?” 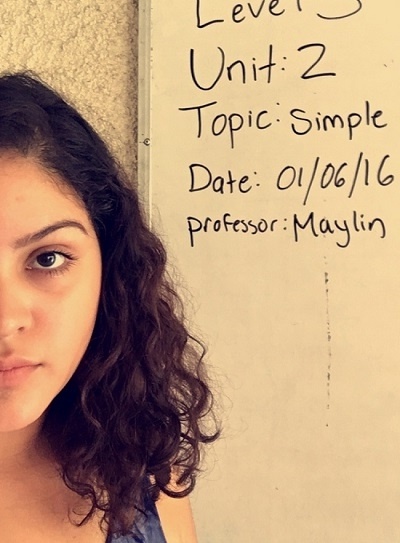 I was a bit heartbroken, mainly because I had been so excited to start teaching students in Nicaragua that were close to my own age. I had prepared lessons using pop culture, music, and other media. I had been so confident that this would be the most fun I would have as a new teacher and that teaching native-Spanish speakers, like myself, would be my chance to use my Spanish language skills to teach English most effectively. Instead, I introduced myself to the seven students that were there and we played icebreaker games until the bell rang. All my lessons were centered around a minimum of 20 students; I had a lot of adapting to do.

A few classes later, I was informed that my students would not be allowed to graduate this semester if they did not pass their English courses. They had failed out of the class for the past four semesters, due to either poor grades or, usually, a lack of attendance. I knew I had to do something to get them to try, or at least to show up, but how can you give a pep-talk to an empty room? I thought back to my high school years when I had been guilty of skipping classes in favor of working on art and writing projects far more often than was acceptable. I remember my Honors English teacher, walking down the hallways of my tiny school, popping into every nearby classroom and asking if anyone had seen me. I remembered that, at first, I resisted and hid until the bell would force her to go back to class without me. However, eventually, the guilt started to nudge at me and I started running out of places to hide. Reluctantly, I started going to class and making good grades. That’s when the idea hit me; it was time to go on a manhunt and meet my missing students. 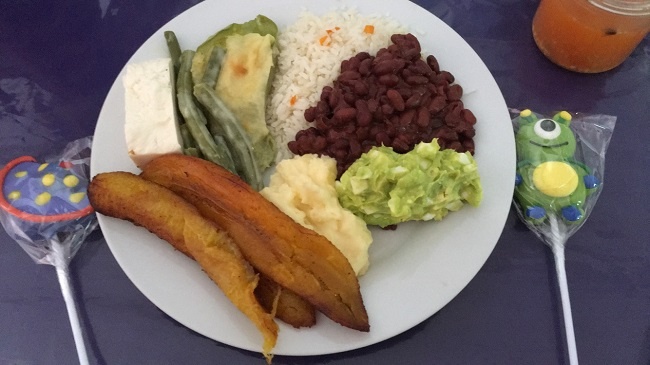 I requested class schedules for each student in that period. I started waiting outside of their mandatory design classes and science classes. As a 20 year old, Honduran-American girl, I was pretty invisible among other 20-something Latino students. Because of this, it was always a shock when I called out the name of a student as they filed into their other classes. On one occasion, I saw a tall young man playing music out of a Bluetooth speaker and rapping with his friends outside of the library. Based on previous investigating, (aka I had asked the seven “angel-students” who did come to class to show me Facebook pictures and describe each student to me,”) I concluded that this boy was one my missing students. I called his name, clipboard in hand, he turned to me and said, “Hey pretty girl, how come you know my name but I don’t know yours? You should write it down here next to your number.” He flipped open a notebook and handed me a pen.

I smiled before replying, “Actually, I have your number, as well as your mother’s, who I’m supposed to call if you don’t show up to my class this afternoon. I’m your EFL professor, Maylin, it’s nice to finally meet you.” I wrote down the classroom number, time, and textbook name in the notebook before handing it back to him with a poker-face. He scrambled and apologized while his friends looked on with shocked faces. Needless to say, he was in my class that afternoon and nearly every lesson after that. He was just one of 21 awkward summonings.

More often than not, it took more than one encounter to get my students to show up regularly. I alternated tables/cliques at lunch time. I made playlists to share with the media students who refused to leave the computer labs. I carried hair products in my bag and shared with girls in the bathroom. I had one brilliant, but stubborn, student who I had to bribe with ice cream to get him to take his weekly quiz. In trying to win over students, I ended up making close connections with each person.

I had dinner with families. I held study-groups at local coffee shops that went from ESL review to hilarious rap battles. In one group activity, I divided my class into teams based on Super Smash Bros in order to teach superlatives and they ended up sticking to their teams for the rest of the year. Prank wars broke out, they wore their team colors to class for a month. On another occasion, a lesson in Present Continuous Tense, using the movie Taken, turned into a 4-day long game, involving a massive group chat, where my students continued to write a text-message horror story until we switched grammar topic. By the end of the semester, my efforts had paid off.

It turned out, my students had never thought of English as something they could truly learn. It turned out my students loved learning life skills. They saw no value in learning material just to pass exams. These young adults that had been labeled as lazy and incapable were just passionate college students who saw time as their greatest investment. All they needed, all along, was proof that learning English was a worthy investment. They wanted to see, first-hand, what they could do with those skills. As future architects, engineers, and graphic designers, they needed to see English put into action.

Once they understood that, they worked hard. They studied, they asked questions, and they completely blew me out of the water when I received their final exams. In place of an exam, I had them write and shoot their own short films in English. I don’t yet have the words to describe the magic of seeing my students’ films; each one with their own sense of humor and creativity. I got to hear them express themselves in English. To this day, getting the occasional Facebook message, updating me on their lives post-graduation, serves as reminder that every sprint between classes to find a student, every ice cream cone bought, and other crazy tactics, were undoubtedly worth it.

Maylin Enamorado is a Honduran-American writer and teacher from Miami, FL. She has been living and teaching in a different country every year for three years. She is currently living in Italy and heavily addicted to Parmesan cheese.