What do you do? Well, I do a lot of things. I am an English teacher. I love to teach. I love teaching because I like to learn languages. Most importantly learning languages teaches you how to fail and fail again. Call me "Captain Fail.” I bet I will help you fail and fail until we both succeed together. Let’s talk a bit about my story.

I left my logistics job because my favorite part of the job was speaking Spanish with my latino coworkers and clients. They became my friends and without the language, I would never of known them.

I was becoming angry from the stress at work and constantly pondering “How can I live, work, and learn other languages while affording to stay abroad?”  Then one day I was riding my bike down Diversey Avenue and saw the colorful windows in front of International TEFL Academy. Then it hit me…. I could teach. Let’s do this! Getting TEFL certified with International TEFL Academy in Chicago became the best decision I have made.

I decided São Paulo, Brazil, because I met two incredible Brazilians when I was back packing through Peru. I had never heard someone speak Portuguese before. It was bouncy, vibrant, and funky. It was a complete unknown language to me and I was instantly hooked.

I went there without the following: a job, an apartment, knowing Portuguese, and a work visa. No, I do not recommend this. The ambiguity hit me harder than expected but, it had made more humbled than ever.

Teaching gives me perspectives that previously squashes preconceptions that I once had about a place, a country, a people, and/or a religion. I remember exaggerating to the Brazilians I met that Chicago is massive, and there is no city like it. At the time I didn’t realize that São Paulo is considered the 3rd largest city in the world. It devours the size of Chicago. It has the highest GDP and the largest international port (Santos) in South America. I consider it the New York of South America and it definitely took me by surprise.

Onde posso morar? (Where can I live?)

It was nearly impossible to find an apartment without the proper legal documents. I lived my first six months in various hostels in different neighborhoods deciding where would be a good place to live and work. During that time I was applying and visiting numerous schools.

Graças à Deus I found a a hostel that was 95% Brazilian. Most were Brazilian students and professionals that lived and commuted there during the week. It was perfect. I wanted complete immersion to learn the language and now I was sleeping in a room with 20 brasileiros. (Quick note: Brazilians are impressive snorers).

I can speak Spanish; I will be fine in Brazil? Certo o Falso?  No this language is Portuguese. It is a completely a different animal. Boa sorte viu (Good luck). Just like Spanish and its different accents and phonetics vary from country to country. Brazil has strikingly distinct accents, dialects, and phonetics depending on which state they are from. This hostel was rich of Brazilian diversity. I felt practically adopted. 99% of the time I was the only “Gringo." Majority didn’t know English. We would do intercambios (language exchange) exchanging English for Portuguese. Some eventually became my students, more importantly, most became my life long friends. Thanks to them, I began speaking and understanding the Paulista slang that helped me feel like I belonged.

My average day was waking up around 6:30 am, drinking some café, and fighting the masses in the metro to go to work for my first class at 7:30 am, and return around 20:30. I would teach at offices, homes, restaurants, libraries and parks. I was teaching wherever I could. The logistics were the issue. I was losing close to an hour and twenty minutes in between each class from traveling in this Megacity. Time is money, and I was losing a lot of time. National strikes would shut down entire metro lines and would make bus cues triple. I was losing classes regularly, making the al-ready questionable job security of a freelance English teacher less guaranteed.

Around my 7th month, my school landed a contract with the largest e-commerce industrial printing company in Brazil. I would be at their headquarters Monday-Thursday from 7:30-19:30 and Friday mornings. We would teach Business English with Market Leader to various departments. The departments were: sales, human resources, IT, advertisement, social media, distribution, and production. The office became my new home. Plus the director of the school told me he filed the paperwork for a work visa! I was able to move out of the hostel and move into a house. Things were looking up!

In Chicago, work 'was put your nose to the computer and don’t talk to me.' In São Paulo each morning, you greet everyone in the office “Bom dia, Tudo bem, Beleza.” Imagine saying this to more than 100 people in the office. Bem brasiliero 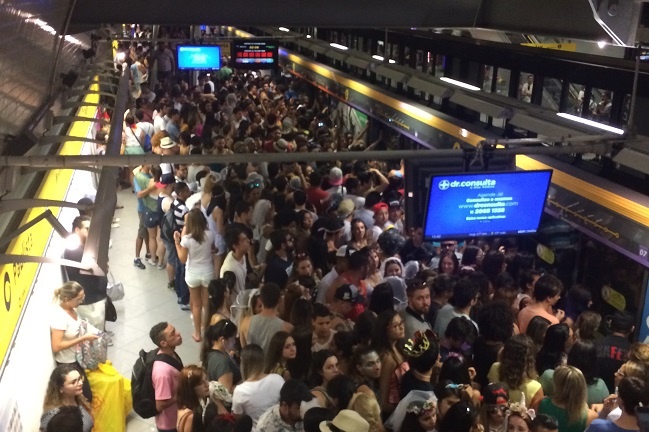 Our team consisted of two British and myself. I never worked with the British before. They are bloody brilliant. We would co-teach classes and explain how we would say something in Chicago compared to what would be said in London. We would sit in on each others' class and learn from each other. We always wanted to be better. As our client demanded more teachers because they liked our program, we ran into problems expanding our team.

Hiring teachers is easy. Finding good ones is difficult. I realized quickly that in Brazil, most schools do not want non-native teachers. It was pure discrimination. Even if they were more qualified, my director of my school told me no. It was sad to see. I knew almost a dozen unemployed Brazilian teachers, but the school wouldn’t hire them.

We had hired some terrible teachers. Teachers (all gringos) that we promised hours, but they would complain that it took to long to get to work and decided not to show up an hour before class. Teachers that lied and faked sick because they wanted to go to the beach. It was a scary time because our client wanted to cancel our contract due to the promises we couldn’t keep. All due to linguistic discrimination and poor hirings. After seven months working with our client, our contract was falling apart. I was going to lose my job. 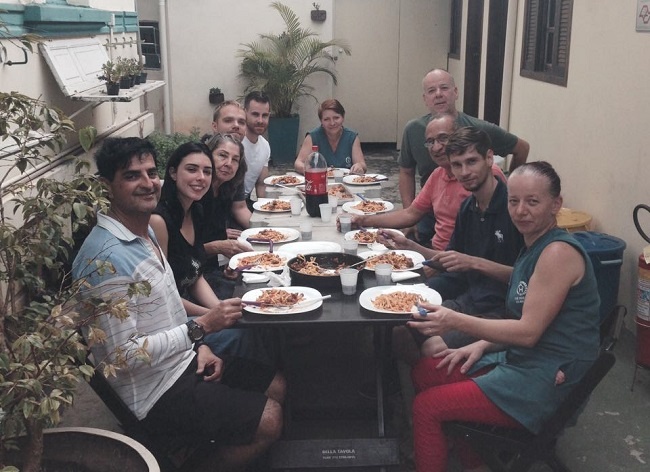 Onde estou agora? Where am I now?

I am currently writing you this in Rome, Italy (It’s too long of a story). After my experience and the complicated Brazilian exit assisted by a lawyer, I will always go the legal route via immigration. I am enrolled studying my Masters in Business Management at the University di Sapienza in Rome. Italian law allows those who have student visas to work 20 hours a week. I am currently teaching Business English to Italians and teaching English online to Chinese children.

Teaching in São Paulo taught me humility, empathy, and patience. I also met someone who changed my life. My girlfriend, Silvia. Never I would of thought I would meet an Italian in Brazil. As you might of guessed I followed here back to her country.

Don’t sleep on Brazil when deciding on where to teach. It is a place where you will be foreverwelcomed.