Where Will Schools Hire Me In Advance To Teach English Abroad? 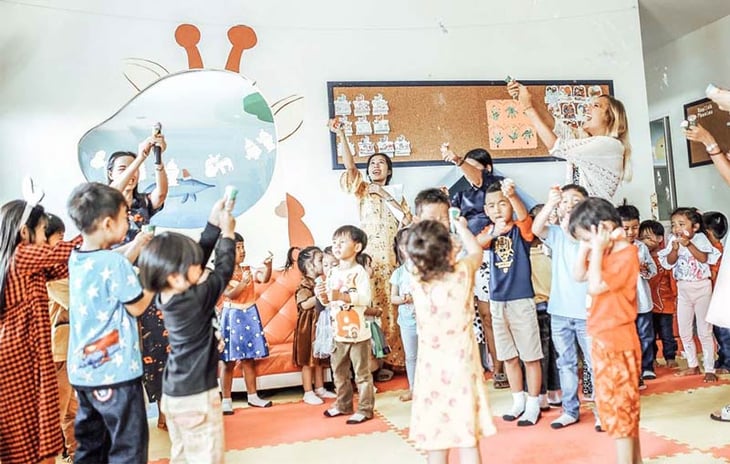 Around the world there are many countries where schools will interview and hire teachers in advance before they leave their home countries.  From Asia to Latin America you have options!  Take a look at each Country Profile below to learn more, or reference our Country Comparison Chart.

In these countries schools will conduct interviews over the phone or via Skype while English teachers are still in their home countries.  In some cases, but not all, schools in certain countries will offer perks like contracts in advance, salaried positions, health insurance, and help obtain work visas.  Schools in China, South Korea, UAE, Saudi Arabia, Oman, Kuwait and Bahrain  also offer reimbursement for travel costs and housing.  Total hiring time can take from a few weeks to six months depending on the country, and the time it takes for their governments to process work visas.

China - China is the largest single job market in the world for English teachers.  Most teachers receive reimbursed airfare and free, furnished housing.

Indonesia - Want to teach in a tropical island nation in the heart of Southeast Asia?

Japan - From shinto shrines to sumo wrestling, Japan offers a wealth of cultural, historical and natural treasures.  It also employs up to 50,000 foreign English teachers each year.

Singapore - Education is huge in this prosperous city state, but standards are high and competition for English teaching jobs is stiff.

South Korea - Free housing, reimbursed airfare and opportunities to save $1,000 a month or more after expenses make teaching English in Korea a fantastic opportunity for many recent college graduates.

Taiwan - Hundreds of miles of beaches, thriving cities and opportunities to save $500 a month after expenses make Taiwan a top destination for those looking to enjoy a great Asian experience while teaching English abroad.

Russia - One of the largest job markets in the world for teaching English abroad, the land of ancient czars, Tchaikovsky and Bolsheviks offers a combination of culture and history that is second to none.

Turkey - Sun-kissed Mediterranean beaches, Ottoman palaces and more Greco-Roman ruins than Greece, make Turkey a prized destination for English teachers looking for an experience that combines the cosmopolitanism of Europe with the allure of the Middle East.  The government also announced plans recently to hire more than 40,000 English teachers in the next five years.

Bahrain - An amalgamation of 33 islands off the eastern coast of Saudi Arabia in the Persian Gulf, Bahrain is a comparative “oasis of liberalism” among the conservative Muslim countries of the region.

Kuwait - Home to one of the world’s largest petroleum reserves, Kuwait offers a unique blend of traditional Arab culture, stunning desert and coastal scenery, and the modern cosmopolitanism of Kuwait City, distinguished by its extravagant shopping and modern infrastructure.

Oman - Renowned for its stunning coastlines, sweeping desert vistas and traditional Arab culture, the Sultanate of Oman is considered to be one of the most attractive destinations on the Arabian Peninsula for English teachers.

Saudi Arabia - Qualified English teachers in Saudi Arabia can realistically expect to make $1,500 - $3,000 tax-free a month with benefits including airfare to and from the assignment, health insurance, and even furnished housing. Saudi Arabia offers the largest number of teaching positions in the region, with a large numbers of job opportunities available to highly qualified (and typically) native-speaking English teachers.

UAE - Dubai, and Abu Dhabi receive a high number of English teaching inquiries due to the fact that Dubai in particular is known for its fantastic assortment of shopping, dining and other attractions (the 160-story Khalifa Tower and a number indoor ski slopes, for example) and its cosmopolitan reputation as a center of trade, finance and tourism.

Countries where some schools will interview and hire English teachers in advance:

In these countries it is possible to contact schools in advance via phone or email to learn more about job opportunities and line up interviews over the phone or in the country.  Schools may or may not offer contracts and positions in advance.  More than likely in the countries below schools will finalize hiring and teaching contracts once you are in the country and interview face-to-face with the school.

Thailand - From the bustling markets of Bangkok to serene shores of the Andaman Sea, Thailand offers a stunning array cultural treasures and natural wonders. Demand for English teachers in high making it a top job market in the region.

Vietnam - Do you want to live in the heart of Asia in a nation boasting stunning landscapes, magnificent beaches and thousands of years of history and culture? If so, Vietnam is a country where good salaries and an amazingly low cost of living enables a first-time English teacher to save $500-$600 a month after expenses.

Brazil - A booming economy and a rising international profile that will only be enhanced when the nation hosts the World Cup and Olympics in coming years, Brazil has an unprecedented demand for English language instruction. Most schools interview and hire locally, but there are limited opportunities to interview in advance, particularly for those with teaching experience or looking for a short-term volunteer position.

Mexico - A large population and dependence on economic relations with the U.S., including tourism, make Mexico one of the largest job markets for English teachers in the world.

Chile - Of all the South American countries, Chile is the country where a TEFL-certified English teacher is most likely to line up an English teaching job in advance. Also, the Chilean Ministry of Education recruits volunteers to teach in public schools in exchange for a modest stipend and a homestay with a local family.

*Note – for citizens of the European Union the possibility of getting hired in advance for English teaching positions in countries other than those listed below is much higher.

Bulgaria - One of faster growing markets for English teachers in Europe.
Most positions are filled locally, but schools also recruit internationally in some cases.

Czech Republic - Known for its storybook castles, dynamic cities and exquisite beer, the Czech Republic is one of the top destinations for English teachers in Europe.

France - The vast majority of language schools in France hire locally, but the French government operates an assistantship program that recruits and hires qualified Americans and other native speakers in advance to work as assistant English teachers in public schools.  Applications are typically due in March for positions beginning in September.  The program is highly competitive so a TEFL Certification is definitely recommended. There are also a number of summer camps in France that hire English teachers and counselors in advance.

Romania - Not one of the bigger job markets in Europe, but it is growing quickly.

Slovakia - One of the hidden gems of Europe, Slovakia is bastion of history, culture and architecture, and it's located in the heart of Europe within a quick train ride from such great destination as Austria, the Czech Republic and Hungary.

Spain - The vast majority of language schools in Spain hire locally, but the Spanish government operates an assistantship program that recruits and hires qualified Americans and other native speakers in advance to work as assistant English teachers in public schools.  Applications are typically due in March for positions beginning in September.  The program is highly competitive so a TEFL Certification is definitely recommended.

Egypt - An ancient center of culture and education with a huge population, Egypt has a huge demand for English teachers and a growing number of language schools and private academies are recruiting internationally.

Jordan - Soaring demand for English instruction means that despite its small size, Jordan is emerging as a job market for English teachers.

Morocco - Despite its history as nation whose second language has historically been French, English classes are booming and it is becoming more common for schools in Morocco to hire English teachers in advance.

There are always exceptions to the countries above and just because a country is not listed above does not meant that there won't be schools interviewing in advance for positions in that country - this list is meant to serve as general guide.