Everything you need to know to get a job teaching English in France.

About Teaching English in France

To teach English in France, you will need a TEFL certificate. A 4-year college degree is typically required as well. Native English proficiency is expected to find a TEFL job. The average salary for an English teacher in France is about $800 - $1,800 USD per month.

French history, culture, and cuisine have made France one of the most desirable destinations for teaching English abroad. Those teaching English in France typically find work in September or October, and then again in January, with most contracts ending in late June. It is difficult for non-European Union citizens to get a work visa to teach in the private sector so many Americans teach through the government-operated TAPIF program, which recruits Americans, ages 20-30, to work in French elementary and secondary schools as assistant English teachers.

For those looking to teach through the summer, opportunities at summer English language camps and in some volunteer au pair programs are available in France and throughout Europe. Summer positions teaching English in France typically start in late June and early July. English teachers in France will be expected to interview in person once they arrive, and they will also be responsible for their airfare, as well as housing.  Many English teachers in France live in apartments recently vacated by previous teachers, and many share with their coworkers.


A solid hourly wage affords English teachers in France to live comfortably. Schools typically offer around 20-25 hours per week of work, leaving you plenty of time to travel, explore, and take advantage of your surroundings. Major cities for teaching English in France include Paris, Lyon, Toulouse, Le Havre, Marseille, and Bordeaux.

*Note about the Job Market for Americans in France: France represents a sizable job market, but it is important to note, however, that the vast majority of non-EU citizens will need to either teach English on a Student Visa or teach through the TAPIF Program. Canadian citizens have the possibility to apply for a Working Holiday Visa. Work visas are generally not an option for non-European Union citizens.

How to Teach English in France: Requirements

Teachers typically interview in person in France or apply in advance from home for the TAPIF program. Therefore, it is most common for students to take one of our TEFL course options listed below.

You do not need to be a native English speaker to teach English in France, however, you will be expected to be fluent in English and speak at a native level to be considered for teaching jobs. Citizenship from the USA, Canada, UK, Ireland, Australia, New Zealand, and South Africa is highly preferred.

*Please note - Teaching positions for US citizens in France are mostly through the TAPIF Program.

A Bachelor's degree is typically required to secure a job in France. If you are applying for the TAPIF Program, you will need a minimum of three years of college completed.

Read more: The basic requirements for teaching English in France.

How to Become an English teacher in France

The most common job types in France consist of:

English teachers in France can expect to find jobs in late September/early October and in January. Applicants for the TAPIF Program typically need to apply by January 15 for positions beginning in August/September.

Most schools in France conduct face-to-face interviews, meaning you will need to be on the ground and in France to interview for jobs and ready to be teaching right away once hired (unless applying for the TAPIF Program where you will apply online and in advance).

Some schools may sponsor a work visa for non-European Union citizens, but this is extremely rare. The government-operated TAPIF Program will sponsor visas for non-European Union citizens, while EU citizens can typically work legally in France. It is not common for schools to hire English teachers "under the table" without a work visa. Some will also teach in France on a student visa.

English language schools in France offer approximately 20 to 25 hours of classroom work per week plus additional hours for prep time. This allows for plenty of time to travel and explore.

It is most common that your students will be children, adults, or business professionals.

Start-up costs will range from $2,100 - $3,500 USD (1,900 - 3,100 EUR). These are expenses you will incur from your arrival in France until you receive your first paycheck. It may include things like rent, apartment supplies, transport, groceries, getting your new local cell phone number set up, etc.

A solid hourly wage enables teachers to live a comfortable lifestyle while in France. English teachers in France can expect to make $800 - $1,800 USD (700 - 1,600 EUR) per month (TAPIF stipend: 965 Euros). It is common for teachers in France to also teach English online to supplement their income.

There are no flight or housing benefits/stipends provided. In your start-up costs, you will need to account for accommodation, or temporary housing, for your first few weeks until you find an apartment to rent.

Read more: How much can English teachers make in France?

English teachers in France can expect to break-even month over month. This means you can cover your rent and bills, support yourself, live comfortably, and enjoy your life abroad to the fullest. However, you should not expect to save money at the end of the month. If you are hustling and taking on private tutoring lessons and/or teaching English online in addition to your regular teaching schedule, you may increase your ability to save.

Founded in 2010, International TEFL Academy (ITA)  is a world leader in TEFL certification for teaching English abroad and teaching English online. ITA offers accredited TEFL certification classes online and in 20+ locations worldwide and has received multiple awards and widespread recognition as one of the best TEFL schools in the world. ITA provides all students and graduates with lifetime job search guidance and has certified more than 40,000 English teachers. Our graduates are currently teaching in 80 countries worldwide.

Watch ITA alumna Jada Downing show us a day in her life living and teaching English on the TAPIF Program in Belfort, France.

Want more? We've got you covered! Visit our Video Library to watch day in the life videos from our alumni and get a glimpse into what your life as a teacher in France could look like!

What qualifications do I need to teach English in France?

To teach English in France, make sure you understand what is and is not required:

How much money can I make teaching English in France?

Read More: How much money can I earn teaching English in France?

What is the TAPIF Program for teaching English in France?

TAPIF, which stands for Teaching Assistance Program in France, is a program run by the French Ministry of Education and the Cultural Services of The French Embassy that places Americans between 20-35 years of age as assistant English teachers in elementary and secondary schools throughout France.

Read More: What is the TAPIF Program for Teaching English in France?

What type of visa do I need to teach English in France?

France represents a sizable job market, but it is important to note, however, that the vast majority of non-EU citizens, will need to either teach English on a Student Visa or teach through the TAPIF Program. Canadian citizens have the possibility to apply for a Working Holiday Visa.

Some schools may sponsor a work visa for non-European Union citizens but this is extremely rare and it's not common for schools to hire English teachers "under the table" without a visa.

Are English teachers in demand in France?

Yes, there's a high demand for English teachers in France. France is in the European Union where English is the main language of business between all 27 states. More and more French citizens are looking to improve their English language skills.

Can you teach English in France without speaking French?

You don't need to speak French to teach English in France. Your classroom will be held entirely in English to fully immerse your students. That being said, you will need to be proficient in French if you want to join the TAPIF Program. 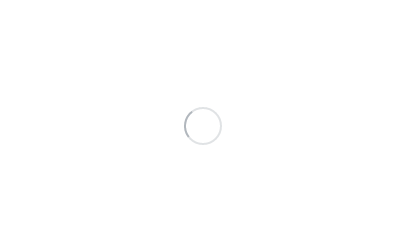 Reviews From ITA Students Who Now Do TEFL in France

ITA was recommended to me by a friend who had taken their TEFL course. After doing a lot of research, I ultimately chose ITA because I thought it was the best value for the number of hours. The part-time online course was great because I was working while taking it. The assignments were perfect because now I have a whole set of already written lesson plans ready to use! I now teach in an elementary school in Marseille as part of the TAPIF Program. Teaching English in France is one of the best decisions I ever made. I have progressed leaps and bounds in the French language, and also discovered a career I can actually see myself doing in the long term.

I chose ITA because they just seemed to have all the answers to all my questions. They are extremely organized, highly enthusiastic, open to compliments AND concerns, active on social media, and optimistic outlookers. One big thing my TEFL training helped with is nerves. I remember feeling so nervous to teach my first adult class - something I had never done before. Yet, somehow, I kicked butt! I work for a Bilingual School in the heart of Paris, where half the day is taught in English and the other half in French (I only teach the English). If you are considering making the move to France, DO IT!!! There is absolutely no way you will ever regret it. Living abroad changes you as a person, for the better.

When I decided to retire from the corporate world in 2019, I started thinking about how I could continue working part-time while doing something I was really passionate about. After doing some research and speaking with several institutions that offered ESL training and certification, I signed up with ITA. I was attracted to their strong curriculum, experienced teachers, and a good level of interaction between the teacher and students. I wasn’t disappointed. The 11-week online course was more challenging than I had imagined but in a good way - I learned so much! I even signed on for the add-on Business English and Young Learners courses.

How Much Do English Teachers Make in France?

I'm an American Who Wants to Teach English in France - What Are My Options?

Are you an American considering teaching English in France? Here are four ways you can do it legally.

What are the Pros/Cons of Teaching English Abroad Through a Government Assistantship Program?

Thinking about teaching English through a government assistantship program? Here we weigh the pros and cons compared to […]

The Requirements for Teaching English in France

This article outlines all the requirements needed to teach ESL (English as a Second Language) in France.

How to obtain a student visa to teach English in France legally. The procedures to get a long term student visa in […]