Whether you're looking to be abroad at Christmas or want to learn about Christmas celebrations in foreign countries, check out our list of 12 destinations where you can spend the holidays while teaching English abroad. 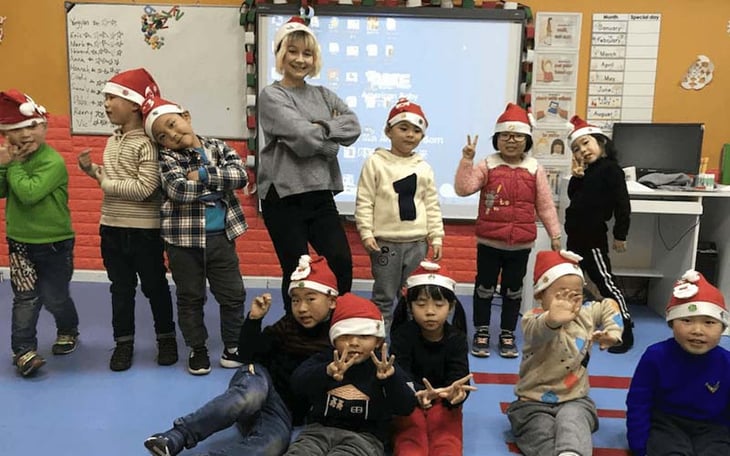 One of the great perks of living and teaching English abroad is the unique opportunity to immerse yourself in the holiday traditions of a foreign country. Whether it's roasted chestnuts and gingerbread houses found at traditional Christmas Markets in Germany and Austria; the giving of gifts on Three Kings' Day in Spain; or sipping cola de mono in Chile, celebrating the holidays abroad can be a once-in-a-lifetime treat.

Where to Spend The Christmas Holidays Abroad When Teaching English overseas?

Here are 12 countries where you could be celebrating Christmas and other holidays in the coming year while teaching English abroad:

The Christmas season - known as novena - kicks off on the first Sunday of Advent. During the nine days leading to the 25th of December, children go from home to home to sing and recite Christmas verses in exchange for coins and other treats. Many family homes, as well as public spaces, give way to elaborate manger scenes. On Christmas Eve, the children light candles in the windows to guide Baby Jesus who will deliver gifts.

According to Brazilian myth, every year the animals hold a discussion about the birth of Christ. A crowing rooster will announce, "christo nasceu!" (Christ is born), to which the ox responds, "Onde?" (Where?), to which the chorus of sheep answers, "Em Belem de Juda" (In Bethlehem of Judea.  Of course, we know that Brazil is one of the world's largest Catholic countries and is also well known for Carnival, the party leading up to Ash Wednesday.

From Christmas trees to gingerbread, many of the Christmas traditions followed in the U.S. and Canada claim roots in Germany and Austria. In both countries, the centers of major cities and small villages alike become transformed into fantastical Christmas markets, known as 'Christkindlmarkt'. They are festooned with lights, manger scenes, and rows of merchants and food vendors selling everything from roasted chestnuts and hot wine to traditional handicrafts.

Korea?! Yes, Korea is amongst the countries that celebrate Christmas. It is actually home to one of the largest and fastest-growing Christian populations in Asia. Even those who don't subscribe to the faith typically embrace the trappings of the Christmas season, including festive lights, concerts, and get-togethers.

The season also provides great opportunities to experience Korea's fantastic natural offerings and to engage in winter activities that many of us associate with the holiday season like ice skating.

In Madrid, Seville and Barcelona, you will find many traditional Christmas trappings from colorful lights and life-size manger scenes to festively decorated shops, but with a Spanish flair that cannot be found elsewhere. Many Spaniards celebrate by eating a truffle-infused turkey after midnight on Christmas Eve. Gifts for children are brought not by Santa, but rather by the Three Wise Men, who place gifts in shoes left behind by the children when they go to bed on January 5th, the Eve of Epiphany.

Another unique Spanish holiday tradition are the Hogueras - bonfires lit on the Winter Solstice that local citizens will jump over to ward off bad luck and illness in the coming year. We highly recommend spending the Christmas holidays abroad in Spain.

Want to celebrate the holidays in the homeland of the historical, real-life Saint Nicholas? The historical figure was actually born in the 3rd century in the coastal town of Patara, and was canonized as a saint for legendary good works and dedication to the poor. Throughout Europe and much of the Christian world, the anniversary of his death on December 6th is known as the Feast of Saint Nicholas and is regarded as the beginning of the Christmas season.

You may not associate the streets of Saigon or Hanoi with Christmas trees or Santa Claus, but as an old French colony, Vietnam is home to one of the largest and most active Catholic populations in Asia. Throughout major towns and cities, hotels, bars, shops and restaurants will mark the season with festive lights, trees, food and drink, and fireworks light up the skies on New Year's Eve. Then the real celebrations begin several weeks later with Tet, the Vietnamese holiday marking the Lunar New Year.

The holiday season commences with the festival of Saint Nicholas on December 6th and runs through Epiphany and Three Kings Day on January 6th. Perhaps the most famous Christmas story associated with the Czech Republic is that of King Wencelas, the 10th century Duke of Bohemia, whose good works and dedication to the poor were commemorated in the famous Christmas carol that bears his name.

In Chile and throughout South America, Christmas offers a slightly different flavor as it falls during the summer, but festivities and the spirit of giving and renewal are universal here too. Most families will gather for mass on Christmas Eve, followed by a sumptuous feast of meats, rice, puddies and a special fruit cake known as 'pan de Pascua.' Merriment during the season is often fueled by the consumption of special beverages like 'Cola de Mono', or the "monkey's tail," which incorporates local spirits, known as aguardiente, mixed with coffee, milk and spices like cloves.

In few nations is Christmas celebrated with as much passion and color as Mexico. During the 9 days leading up to Christmas, special processions known as 'posadas' reenact the Joseph and Mary's search for shelter in Bethlehem. Each night, the procession ends at a different house, where a 'fiesta' is held. On 'Nochebuena' - Christmas Eve - families attend mass and celebrate with a special holiday meal.