Do You Need to Know Japanese to Teach English in Japan? 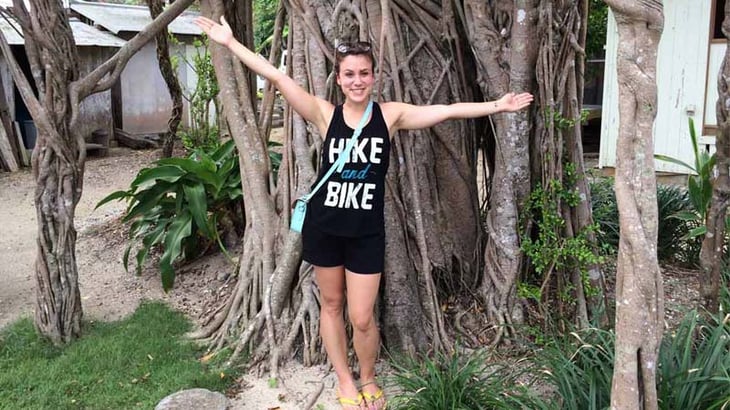 I Don't Speak Japanese (But I'm Teaching English in Japan!)

You don't need to speak Japanese to teach English in Japan. Your classroom will be held entirely in English to fully immerse your students. However, you can learn Japanese if you wish, and many schools offer free Japanese lessons for teachers.

I didn’t study Japanese language or history in college, and this is my first time in Asia. This is actually my first time living in a foreign country too.

When I first announced that I was moving to Japan to teach English, without fail, the first question everyone asked me was either “Do you speak Japanese?” or "Do you need to know Japanese to teach english in Japan?" I would always say in return, “no, but I am willing to learn.”

I first discovered International TEFL Academy in January 2014. I was thinking about teaching English in Spain, but I was a little nervous because my Spanish wasn’t great. I was an adjunct writing professor in Connecticut at the time, so I never doubted my ability to teach, but I worried that because I didn’t speak a second language or study abroad, no one would hire me. I desperately wanted the teaching abroad experience, but I didn’t know how I would go about doing it.

After some research, I realized that many Asian countries are forgiving of English teachers coming to their countries without knowing the language beforehand. I was also working part time at an after school program, and two of my students were from a prefecture in central Japan. I loved playing Scrabble with them and teaching them new English words. The more I worked with them, the more I wanted to learn about Japanese culture and education.

I poured my heart into my Japan Exchange and Teaching (JET) Program application in October, and enrolled in ITA’s online course for January 2015. By the start of April, I had completed my teaching practicum and received the email saying I was shortlisted for the Assistant Language Teacher position on JET! I would head to Tokyo for orientation on August 1st. Yatta!

Now I’ve been living on Amami Oshima— a tropical island in southern Japan— for two months. Besides me, there are only two other native English speakers in my city. I am entirely surrounded by Japanese in my school, at local restaurants, and the grocery store. My floors are made of tatami and the only doors inside my house are shōji. I take off my shoes when I go out to eat (though I’ve forgotten to do this once or twice). And these days, I think I consume more green tea than I do water.

I am entirely immersed in Japanese culture. But I still don’t speak Japanese. I know how to say "Ohayo Gozaimasu" when I walk into the teachers’ room in the morning, and "suzmimasen" when I need to pass someone on the sidewalk when I ride my bike. I also know how to say 'daijjoubu' when I am okay with something. (That phrase comes in handy every day—it’s like “no worries” in English.) Aside from a few other simple greetings and kampai (cheers), that’s about it for my Nihongo.

I am trying to learn, but when you’ve never studied Japanese before and you move to Japan, the language is daunting. There are three components to the Japanese writing system: hiragana for Japanese syllables, katakana for foreign words, and kanji for Chinese characters. Writing, speaking, and reading Japanese are three different beasts. And let me tell you that the grocery store is the most overwhelming place for foreigners living on their own in Japan. Google Translate is my new best friend.

So how do I get by without the language? It’s the kindness of the people on my island. It’s my army of JTEs (Japanese teachers of English) who are willing to help me out any time they see me struggling, especially when it comes time to read my mail. The first night in my apartment, I confused the button for my air conditioner with the button for heat. I knew island life would be hot, but I was sweltering in my apartment until I asked a teacher to come over after school and show me what I did wrong. I felt silly, but we had a good laugh. Living abroad, I’ve learned the importance of laughing at yourself when you’re lost in translation. Laughing at the mishaps is always better than crying.

It’s also my incredible students. I teach at an academic senior high school, so not speaking Japanese actually has its benefits. My students know I don’t understand their language, so they always practice their English when I see them in the halls. “Hello, Becca! See you!” I help out with my school’s English club, so the students have the chance to practice translating Japanese into English for me. If it weren’t for them, my Japanese speech to my teachers would have been a Google-translated disaster.

Struggling through daily language barriers may be exhausting, but it helps me to appreciate how easy I had it back home in America. Besides, I was looking for a challenge when I decided to come to Japan.

So... Do you have to know Japanese to teach english in japan? No you don't! But that’s not to say that I don’t feel like a helpless baby bird at times. When I first got here, I couldn’t do the simplest things like change the setting on my washing machine, or order coffee without confusing the server. But I am so grateful to be on this tropical island where I feel at home, even though I don’t speak the language yet. I am shown so much kindness and patience every day. Daijjoubu des.

Becca Simas lived in New England all her life until she earned her TEFL certification from International TEFL Academy and applied to teach English in Japan through the prestigious JET Program. Upon her acceptance, she moved to Amami Oshima, a subtropical island in southern Japan. She went to school for creative writing but hasn’t touched her young adult fantasy novel since graduating with her MFA in 2013. Now she is inspired to write about her life as an English teacher in Japan through the JET Program and train for the Sakura half marathon on her island.