Teaching English in China as an Asian American 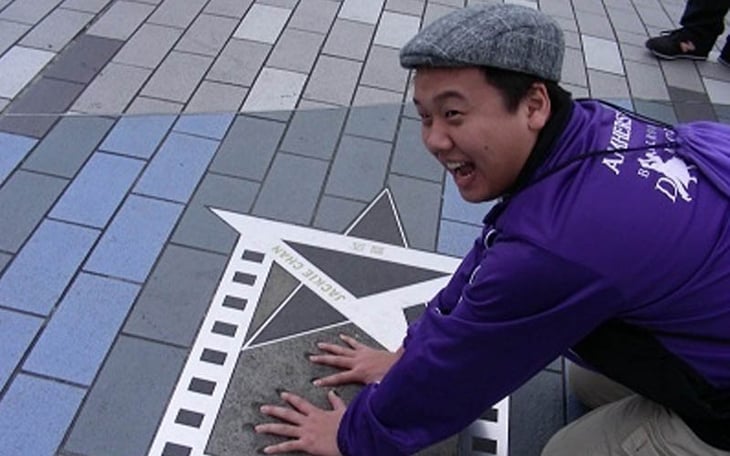 Now who would’ve thought? Growing up as effectively the only Asian American in small-town homogeneous Central Montana, and then going to a highly diverse, intellectual, yet still small-town liberal arts college in Western Massachusetts, I had thought that I had experienced as much as I needed in order to live and succeed in this world. After my year in China, facilitated by a TEFL/TESOL certificate I earned taking the Online TEFL class of the International TEFL Academy, I can now understand why people who studied abroad in college keep saying it’s a life-changing experience.

My name is David Chen from Lewistown, Montana, and I had graduated from Amherst College in Amherst, Massachusetts with a degree in Biology. Having spent pretty much my whole life studying for school and not (yet) particularly excited about moving forward in my designated career path, I decided it was time for a break. A break, from America.

Though my ethnic and cultural heritage are indisputably Chinese, and even after my parents warning me and prepping me for the differences I was going to experience, it was still a huge culture shock for me, even more so than my going to college. Even the Chinese that I had learned for two years did not prepare me for living and breathing in the country itself. These differences were exposed with both positive and negative aspects.

However, I bet that many of you want to start hearing about my teaching experience. I’ll get to that. In fact, my experience teaching is innately intertwined with how I experienced the country’s culture. For one thing, and I know this may not be the most politically correct thing I’ll say (though there were certainly a lot more politically incorrect things I had observed), as a Chinese American I definitely noticed a difference in treatment compared to non-Chinese. Coming from America where everyone at least tries to treat everyone else equally regardless of race, gender, religion, ethnicity, etc., this very blatant, though not necessarily malicious, discrimination was a huge shock, and in many ways it was disappointing.

Nevertheless, this did not substantially hinder my experience there, and in many ways it enhanced it. Think of a foreigner, like a person from Britain, or France, or Nigeria, or, yes, China, and how you would appraise their sometimes “eccentric” behavior. More often than not you would excuse their eccentricities to their being from a different country. That is what I got to experience, even as a Chinese-American, while working in teaching English in China. Given that my accent’s not very good, once the people there realize I’m a laowai (foreigner), all their societal expectations of me evaporate. It is a freedom that many of us are not able to experience in our own native countries, where our understanding of societal norms constrains how we appear to other people.

In China, that restraint was gone. I walked around wearing whatever I wanted, eating whenever I wanted. This is the one big freedom that I do sorely miss now that I’m back in the United States.

As for teaching, the students were a delight, though they tended to be a bit hesitant at first, expecting someone with a far lighter skin and hair complexion. International TEFL Academy prepared me well here, though there were still many things I had to learn in order to work within the Chinese system. The most infuriating aspect I thought was the bureaucracy and just how bureaucratic and formalized even supposedly simple requests were. Regardless, I enjoyed myself teaching, and I hope the students did as well.

There are many other things I could talk about here about working and living in China, like how absolutely cheap and delicious the food was, how comfortable my apartment was (high-speed internet and cable TV!), how nice and cheap the bus system was (approximately $0.30 USD/ride), the types of interesting and sometimes sketchy characters I met. However, I feel that these details you, the reader, can learn about yourself by going to China! It was an absolutely amazing experience, especially in regards to the freedom (in China? Ironic, I know). I highly recommend teaching there, and I hope you decide to as well!

David Chen grew up in small-town Montana and studied biology at Amherst College in Massachusetts. Having spent his whole life studying for school and not (yet) particularly excited about moving forward in his designated career path, he decided it was time for a break. A break from America. With his ethnic and cultural heritage being Chinese, David chose to teach English in China for a year.