Adjusting to Turkish Life: An American Woman in Ankara 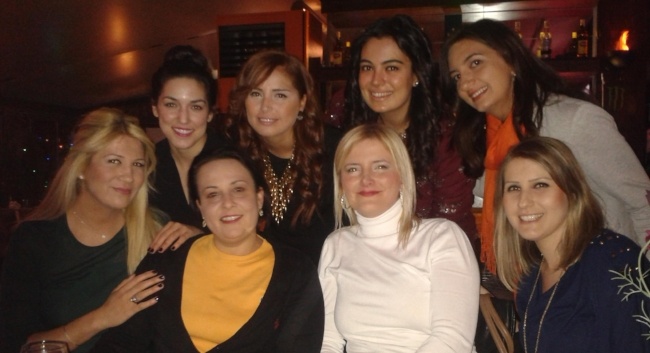 Living and teaching English in Ankara, Turkey as a woman wasn't that different than living in Europe or the USA. I lived in a middle-upper class area, working with professionals (doctors, lawyers, university professors, government officials, engineers, etc.), many of whom had traveled internationally and, of course, were highly educated. On the surface, they seemed to be western in many regards. Having said that, they were, at the same time, fiercely patriotic and had so much pride in their culture and its traditions. It’s incredible to experience centuries-old traditions. But at the same time, parts of society and social norms tend to be..... a bit old-school. To be honest, sometimes those old-school mentalities were a bit hard to swallow for me, an independent woman from the west...

In Turkey, women are free. Free to dress how they want (no head scarfs required, except when entering a mosque), go where they want, drive, work, etc. On the surface, some parts of Turkey (parts of Istanbul and Izmir for sure) feel like Mediterranean Europe. But it’s not. In Turkey, for example, I wouldn’t ride a dolmus  (shared taxis - usually a minibus) as the only woman with a bunch of men. I also would question walking home alone in some places (although I do this in my new home, Sweden, which is extremely safe...so maybe that’s just me!). The thing to remember is that traditional gender stereotypes exist.

There were times I had to bite my tongue in the classroom, or while out during social gatherings with locals, because the conversation and/or comments were definitely what I would consider ‘old school’. That is, they were very traditional and patriarchal. So many people still believe that women are the ones who need to stay home from work when the kids are sick; women should do the cooking each night after a long day at work and that women should (and want to) live close to her parents or in-laws. Again, many women work and raise a family, but the majority of the household (cooking, cleaning, taking care of the kids, etc.) still remain the responsibility of the woman, while the man’s main role is to work and provide financial and physical security.

A good rule of thumb (in life, but especially in Turkey) is nothing too short or too low cut. My observation of women all around the world -- even in fashionable Europe -- is that unlike some American women, it’s not common place to see low cut shirts. Skinny jeans and leggings are in all over Turkey, as is anything you can find at H&M, Zara or the Gap. I did see some young women wearing short skirts, but never with bare legs. It was usually with black tights underneath.

Form-fitting clothing was also acceptable in the parts of Turkey I visited (Izmir, Ankara, Istanbul). So no need to ditch your wardrobe for a new, conservative one, but awareness of your surroundings will help you modify how you dress, if necessary. For example, Izmir is a very liberal town. Turks refer to it as a European city. Parts of Istanbul are very conservative (like ‘Fatih’) and some are very liberal (like ‘Beyoglu’). Konya is a very conservative city. You, and other non-Muslim tourists, will likely be one of the only women in Konya without a headscarf when you visit.  So context is key when it comes to fashion in Turkey.

Drinking is legal in Turkey. Alcohol is served in many restaurants and sold at grocery stores and kiosks. Men drink. Women drink. The young (over 18). The old. If you want to drink, you can find alcohol and good company almost everywhere in Turkey. In my experience, there were no stigmas about women drinking in the bigger cities or college towns. I had many experiences out with just one female friend or a small group of females and did not experience any harassment or strange looks. For a moment, after the waiter or waitress brought out my basket of french fries, I felt like I was in a US bar/restaurant! It was that similar! But what was different, however, was that it wasn’t common to see people drunk (like stumbling all over the place drunk). It’s true that the drinking culture is alive and well in Turkey especially when it comes to enjoying the national alcoholic drink, Raki (like ouzo or pastis) at the meyhane (a typical Turkish tavern that serves drink and food) while singing along to live folk music (even if you don’t drink, visiting a meyhane is quite the experience!). But, like I’ve seen in some other parts of the world, being out of control isn’t a common occurrence.

More popular than alcohol, however, is tea. The tea drinking culture is huge. You basically drink tea at every transition of the day -- when you wake up, after you eat, when you get to work, before a meeting, after a meeting, after work, etc. And tea drinking isn’t just for adults, I even saw group after group of teenage boys playing Xbox while drinking tea (they don’t serve alcohol at gaming cafes). It was a very cool thing to witness.

The Overall Experience for a Woman

Living in Turkey as a women will absolutely be different than living in most parts of the USA and Europe. While there may be moments that seem unfair or old-fashioned, I guarantee you will find as many, if not many, many more moments (especially if you live in a big city) where you feel comfortable and free.

I left Turkey about a year ago and I still feel homesick for my Turkish hometown, Ankara (and my adopted hometown, and all-time favorite city in the world, Istanbul). I learned that, while some of my students--both men and women--found it crazy that I, a woman, didn’t do the grocery shopping in our household or that I didn’t particularly enjoy cooking (this seems crazy when compared to traditional gender roles), they were progressive enough to accept me the way that I was. And likewise, when I learned that it was legal for an employer to discriminate against women during the hiring process based on her plans to have a child, I found comfort knowing that many of my students and friends (all Turkish) found the law to be unjust and outdated.

If you’re a women thinking about teaching in Turkey, I encourage you to develop an understanding of social, cultural and religious norms...and then dive in! If you begin your journey with an open mind and open heart, I promise that the people you meet will change you in a positive way and, like me, you’ll fall in love with this complex and often misunderstood country.

Pouneh Eftekhari, an American turned Europhile, has traveled to over 25 countries and lived in six (USA, France, Spain, Denmark, Turkey & Sweden). She is obsessed with food and travel and enjoys exploring new places near and far. Today, Pouneh and her husband live in Sweden where her husband studies and she runs her online business, Longing to Travel.