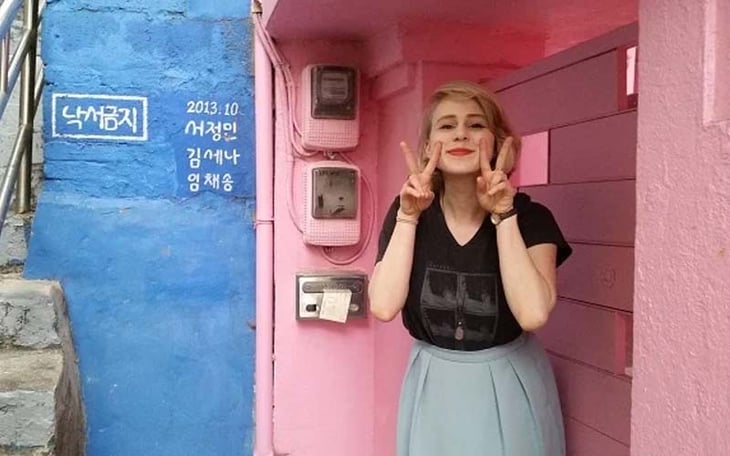 “You can save so much money teaching in South Korea!” They said. “You can pay off all your student loans and live freely!” They said.

While the Internet has a wealth of travel knowledge, it also has a lot of bullstuff. After some vigilant article- and blog-reading on saving cash in South Korea, I thought I was set. I’ll just pack up my things, teach, and fill my tub with Korean won in no time, I thought. What a surprise I had when I realized, not only are tubs extremely rare in Korean bathrooms, but also saving money in Seoul isn’t so simple.

But, let’s be upfront from the beginning — it is totally, absolutely, wholly, 100 percent possible to save sufficiently in South Korea. The catch? Seoul. Seoul is the catch. The capital is a wonderland of food and play, and it’s easy to go crazy spending in Seoul, especially when everything seems so cheap. A roll of kimbap for under 2 bucks? Give me twenty!

My first few months in Seoul, I was scraping by. I wasn’t losing money, but I also wasn’t saving like I’d planned to. Luckily, after a year of experience saving cash in the city, I’ve managed to save about $1,000 USD/month.

Check out my top 3 tips to cut costs and reach your financial goals in Seoul:

“Realistic” is the key word, here. Making a budget is easy. “Oh, I’ll just spend about $20 on groceries per week and save hundreds!” Making a realistic budget isn’t so easy.

To begin, I recommend calculating a week’s worth of average expenses. How much do you spend on rent? Groceries? Eating out? Noraebang? Then, ask yourself if you could spend less. Where are you willing to cut corners? Maybe you can’t live without your weekend jimjilbang trip, but you’re OK with making coffee at home. Spend money where your priorities are.

Before calculating my average expenses, I gave myself a budget that wasn’t realistic. I found myself overspending each month on groceries and eating out, especially. After overspending, I felt defeated, and I wouldn’t even glance at my savings until next paycheck. Lesson learned — it feels better to allocate more money to necessities and save realistically than it does to overspend monthly.

When I first came to Seoul, grocery shopping was akin to calculus. For one, I’m vegan. I also couldn’t read hangul. Were those veggie burgers in the frozen section, or were they real burgers!? Grocery shopping felt impossible, and so I reached for familiar staples I’d eaten back in the States: pasta, big salads, and --gulp - avocados. Avocados in the U.S. are pricey, but in Seoul, just forget about it.

Luckily, after learning some Korean and sticking to local ingredients to cook local dishes, like kimbap or dumplings, I cut my grocery bills in half. And, I still have money for the occasional avocado.

3. Splurge on Experiences, Save on Things

When working abroad, it’s important to remember that your situation is temporary (unless, of course, you decide to stay!) Your apartment, especially if provided to you by your school, might not have an oven, an air-conditioner — heck, it might not even have a bed. If you’re lucky, your school might give you a bit of cash for some new home gear. If that’s the case, go crazy; buy IKEA window curtains with the paisley elephant pattern and invest in a Costco mini-oven.

If that isn’t the case, prioritize. Look on free and for-sale Facebook groups to grab secondhand deals. Don’t have an oven? Use a microwave. No A/C? Open a window and buy a high-speed fan. Basically, don’t invest thousands of dollars in making your home a home if it’s only temporary. Instead, save your cash, and use the rest for experiences you’ll keep for the rest of your life.

In Seoul, it’s easy to save money, and it’s just as easy to spend it. Come to South Korea with a realistic budget, be prepared to adjust your tastes, and remember to splurge on experiences, not things, and you might even have enough won leftover to make guacamole.

Paige Butterfield didn’t dig mosquitoes or snowbirds, so after graduating from the University of South Florida with a BA in mass communications, she said “annyeonghi gyeseyo” to Tampa and moved to Seoul, South Korea to teach English.