To Move or Not to Move? Knowing When It's Time to Leave One Country for Another 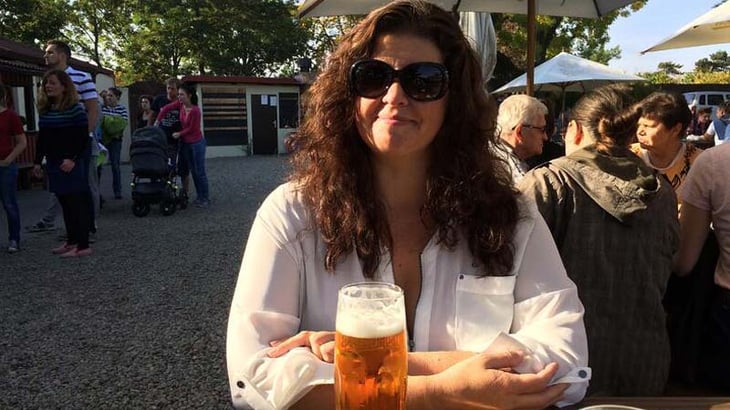 When I made the decision to begin teaching abroad, I had a lofty goal in mind. Ten years. Ten countries. As my first Pragueversary (what the expat world calls our annual celebration of moving to Prague) passed, the true realization of the grandeur of that plan truly hit. Perhaps I dreamed a little TOO big. It’s OK. We all do it sometimes. True learning and growth is in how well you adapt your goals as life passes and truth reveals itself. So, I gave myself a little wiggle room, and allowed myself 10 years and as many countries that I can manage to live/teach in for that time.

Prague is an amazing place. It is truly a land that is what fairytales are made of. Beers are the equivalent of one US dollar. You are smack dab in the middle of Europe, which makes it an ideal place to travel to each corner at a moment’s notice. A land of contradictions, humor, history, and peculiarities, Prague finds a way to creep into your heart and hold tight.

As my second Pragueversary began creeping up, my love for the Czech Republic began to deepen, and I realized that as each season passed, I told myself, “After another Christmas you can think about moving.” It was then that I realized, I would “next season” myself for 10 years and my end goal would be destroyed. I had to rip the band-aid. Of course, like in all our lives, there were other factors in this decision of mine, but for the sake of brevity, I will keep the explanation to solely following my primary goal.

Now, the decision was made to leave, that is the easy part. The hardest part, which I am sure so many of you know, is the decision about where the heck to go next?! Spin the globe, place your finger, and you can probably teach English there. Sometimes one can have TOO many options. And this was my next conundrum. My first method of the decision making process is to put the idea out into the “universe”. I use “universe” for lack of a better term, but you know what I mean. I put it out there, and I wait, and watch. I talked about where to go next. I read everything I could find. And I hoped that something would tell me what to do.

That is when Argentina started to show itself to me. Now, this might all be a little too “woo-woo” for some of you. But I am a believer in signs. Every time I opened a magazine there was a story about “The Paris of South America” or I would cross a street and on a building the word “Argentina” would be written. See the photos, I am not making this stuff up! Ok, so I did live near Argentinska street… so maybe it was coincidental. But it put ideas in my head. And, after doing some research, talking to some fellow alumni, I made the decision. Buenos Aires was the perfect next step.

In truth, I really want to go to a truly developing nation and share my time and knowledge where it is needed, but I am a bit of a pansy and am not really ready for that step yet. I need to wade into those waters. So, I thought the move from Europe to the Europe of South America was a good second step. The economies of both of these two countries are developing. And, while currently the inflation here in Buenos Aires is much worse than it ever was in the Czech Republic, the cost of living and salaries are similar. It wasn’t a big stretch. I know a bit of Spanish from my years in school and living in California, so the idea of expanding my own languages skills interested me. Czech was something that I never committed myself to. Disinterest or laziness? You pick, they both apply.

Prague and Buenos Aires are both big cities, and if you have lived in any big city, you know that they all have their similarities. Everyone is moving fast and has far too much to accomplish in a given day. Sometimes you have to contend with strange smells and weird people. Both cities have a similar European feel when it comes to architecture. It isn’t uncommon to be in some VERY old buildings that make you feel as if you have gone back in time.

As far as contrasts go. Prague was a very clean, safe, quiet, and respectful place. After 10 pm some buildings asked you to not do your laundry or drain your bathtub out of respect for your neighbors, and people comply to those requests! Except for some occasional drunken tourists, it is a fairly quiet city after dark. Buenos Aires is loud, chaotic, and full of trash. After midnight you will regularly hear people shouting and shooting off fireworks celebrating their football team’s goal. And they don’t usually hesitate to use the sidewalk as a trash bin. Despite these vast contrasts in the people’s approach to life, both cities have a very special place in my heart.

Public transportation is probably the biggest difference. While the cost is almost exactly the same, nearly everything else is different. From the air to the people, it is a completely different world. While the Czechs approach public transportation with slow consideration, the hot-blooded Argentinians approach it with a me-first attitude. In Buenos Aires don’t expect someone to politely get out of your way or for a bus driver not to speed off while you are mid-climb and one of your feet is still on the ground. It is all travel at your own risk here. Sometimes you are lucky enough to get a bus where the driver shouts, “Listo?” before speeding off across the intersection. The most stark difference for me is the reliability, however. While in the Czech Republic you can set your watch by the arrival and departure times, and once in a blue moon there is a halt to service, in B.A. strikes are a thing of regularity and sometimes the bus or train driver just chooses not to stop at your stop/station.

There is also a difference in learning styles and approach to the classroom. While punctuality is important in Europe, it is not a thing of regularity in South America. It is normal for your students to come in 15 minutes late. Partly because of the unreliability of transportation that I discussed and also they just have a more relaxed attitude toward timeliness. In the classroom, it was often that I worked extra hard to pull conversation out of my Czech students, and here I have to work to get to them to stop talking and focus on the specific task at hand. There is a contrast in their natures and because of that, it is important for you to occasionally adjust your teaching approach.

Like in any country move there will be a period of adjustment. For me the change from a colder attitude to one of a more fiery nature took some time to adjust to, but it has been a fun and life-opening experience. To see how different people and cultures approach different things, it is truly fascinating. The most important thing to remember during these transitions is to be adaptable. Assimilation is difficult, but a very important part of the journey. And while I refuse to be rude and elbow my way onto the train, perhaps a little bit of the politeness and consideration I learned while living in the Czech Republic will rub-off on a few here.

A California girl, born and raised, Adrienne always itched to pack up and leave for France with nothing in her hand but a suitcase. At the age of 38, that dream materialized for her, only in the form of another European country, the Czech Republic, where she began teaching English. She has since taught English in Argentina, Costa Rica, and is currently teaching in Guatemala.