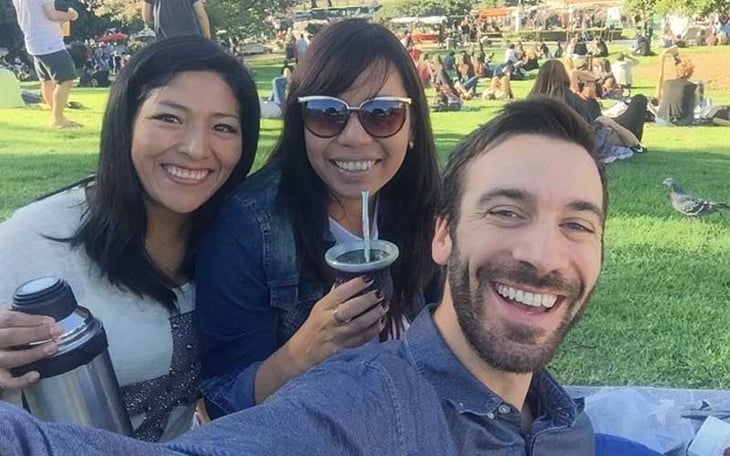 Money Tips for Teaching In Argentina: Learn About The "Blue Market"

So, you are thinking about teaching English in Argentina?  Learning about financial practices - from banking to giving tips - is a basic part of moving abroad, and nowhere is that more of the case than in Argentina. Understanding the Blue Market is a must before you go and could help you get more out of your money and out of your experience teaching English in Latin America!

What is the Blue Market?

I’m an advisor, not an economist so I will try to make this article as simple and straight forward as I can.

Simply, the Blue Market is where you go in Buenos Aires to get the highest exchange rate for the foreign currency that you bring with you - in many countries, it might be considered the "black market." It's not technically legal or monitored by authorities, but it operates in the open and changing money in the Blue Market is considered routine.

The Argentinian Peso has fluctuated greatly in recent decades, and compared to the U.S. dollar, has lost approximately 90% of its value the past 10 years (officially).  Argentinians have experienced their bank accounts worth go up and down on a financial roller coaster and the weakness of the peso in global markets has led Argentinians to value the American dollar over the Argentinian peso. Bottom line: people want U.S. dollars!

The instability of the Argentinian peso has produced a mistrust of banks and cash is now king in Argentina.  Going to dinner, shopping, out to a bar – cash is accepted, while check cards and credit cards take a back seat.

As an English teacher coming into Argentina the best thing you can do for yourself to save the most money on start-up costs is to bring American dollars from abroad & exchange them on the Blue Market.

The Blue Market got its name from the blue strip in the newer one hundred dollar bills, and basically it consists of money changers on the streets who give better rates for hard currency. In other words, you get more local currency for your dollar than if you change money in a bank or get money from an ATM. Big notes get better rates, so bringing hundred dollar bills instead of lower currency denominations is the way to make the most of your money.

How advantageous is it to change money in the Blue Market?

If you were to go to an ATM in Buenos Aires and get Argentinian pesos, banks will give you eight pesos per dollar.  Eight hundred Argentinian pesos would be the equivalent of one hundred dollars.  If you were to take one hundred dollars to the Blue Market and exchange it, you would get one thousand three hundred pesos not just eight hundred pesos as you would from a bank.  You typically get 30-40% more on the exchange if you visit the Blue Market.

Where do I find the blue market and how do I exchange my dollars?

Learning how to navigate the Blue Market will enable you to cut down on your start-up costs by 30-40% and you’ll be as savvy as the locals!

From Uruguay, Ecuador & Argentina to South Africa, Japan & Iceland, Lindsay has literally lived all across the globe. With her Master's in Education and her zest for life, Lindsay's extensive background in international education makes her uniquely qualified to help others achieve their goal of teaching English abroad.