Follow the Thread - Life After Teaching English in South Korea 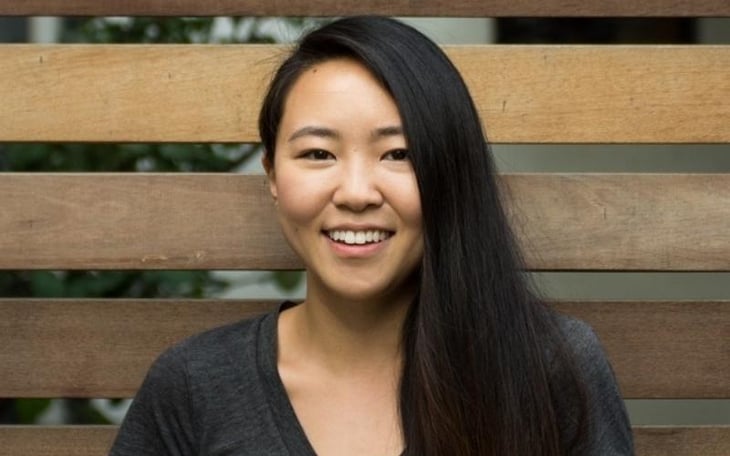 I stepped into the warm night air off the bus from the airport. It was around Saturday midnight at downtown Southern Cross Station. I had finally arrived in Melbourne, Australia. I was dazed for a moment. Why was it so quiet and clean? There were straight lines and cold concrete architecture. For some reason, the stillness and rigidity of the city was unsettling. I had taught English for three years in Seoul, South Korea. After my third contract had ended, I traveled around Asia for three months with Nepal being the last stop before jetting off to Melbourne under a working holiday visa. Thamel, Nepal was the complete opposite to Melbourne from what I could see; Thamel was dusty, loud, chaotic, crowded with narrow roads. It was a living river of sounds, sights, and smells, and I had loved every minute of it.

Here in Melbourne, I felt bulky and awkward with my two huge backpacks (one strapped to my front, one to my back—I had lovingly dubbed myself a “pregnant turtle”), my hair up in a scraggly bun while people glided past me in their polished outfits ready for a fun night out. I scurried across the street to buy a tram pass to get to my friend’s house. No sooner had I walked into the blindingly bright 7-Eleven that the store cashier had a tussle with a man who was attempting to steal a piece of fruit. A lot of yelling and commotion ensued as the culprit dropped the fruit and hurled past me into the street as the cashier threw profanities at him. Welcome to Melbourne, kid!

Melbourne, of course, turned out to be much more pleasant than that rather alarming first impression. I’ve lived here for eight months now and I’ve loved every minute of it. It really is the most livable city—the largest tram network in the world, festivals, citywide events, beaches, and friendly people who love to throw down a cheeky joke or two. The city buzzes with creative energy. All the street corner’s a stage for the talented singers, dancers, and soda can drummers to showcase their crafts.

And I can’t forget the libraries! The public libraries here have books, DVDs, piano practice rooms, videogames, sewing machines, and a recording studio. My inner Belle sung a few Disney princess high notes as I strolled along the seemingly endless shelves of the latest books. All that was missing was the accompanying dishware to pop out and sing, “Be our guest! Be our guest!” This isn’t a shameless plug for how amazing Melbourne is (although it is) and for everyone to come here (you should), but it’s more a testament that any place you land next after teaching abroad can be a new adventure even if it’s back to your hometown.

Has it been hard at times? You betcha! There were sleepless anxiety-ridden nights and tearful phone calls home when I couldn’t find a job for the first month after walking the whole city with resumes in hand and a cheerful smile on my face. After being rejected from countless restaurants and cafes, I started to have an image of me strutting down the restaurant-lined street like a music video rapper carrying the pile of resumes like a fat stack of cash and making it rain while each venue manager swerved out of the floating sheet’s path to let it sail directly into the trash. I could see my bank account dwindling at a shocking rate. The transition from South Asian prices ($3 for a hostel) to Australian prices ($4 for a cup of coffee) was painful.

But you know what? Your survival instincts kick in because you’ve done this before in the country you first taught abroad. You acclimate faster and smarter each time you do it. Yes, you carry these hidden skills. You land, maybe not gracefully on your feet, but you eventually learn the little tidbits about your new surroundings that make you a local. You learn how to engage with different people and to see things from their perspective, all of which help you to build a stronger social network.

Now, you’ve probably gotten a hint about what I do here. I work as a server full time. Had I had any serving experience in hospitality before coming here? Minimal. I’m talking moonlighting part time as a server for about four months at a café when I was back in the US at an office job, all before teaching abroad in Korea.

After the first jobless month in Melbourne, I eventually got a serving position at an American-style (oh, the irony) burger joint. I was all thumbs and realized I had very little common sense when it came to hospitality. It was a huge learning curve for my mind and body. A double shift meant 10 hours of constant standing, running, lifting, carrying, smiling, and cleaning. My body was initially in shock, but no matter how exhausting it was, I wouldn’t have traded this for the world. I was and am 110% happier doing this than working in a corporate job. And good news! I eventually acclimated and have become pretty good at this particular job.

I don’t particularly want to work in hospitality as a career, but I do want to travel extensively. It has always been a dream to travel the world. I got my first chance when I moved to Seoul, South Korea, to teach abroad. During school vacations, I would take mini-trips to nearby countries like Japan, China, and Thailand. When I finished my three years at the school, I thought it was the perfect chance to travel while I was on this side of the world. Australia was always a country I had wanted to visit, but I had heard you needed at least a month to explore the bulk of it, as it is a massive country. I decided to live, work, and save as much as I could and then travel some more.

What do I plan to do after traveling? I do plan to go back the US eventually. I have some other projects and hobbies in the works at the moment that are more on the creative side. I don’t know if they’ll result in a career, but I’m giving myself the time while working and saving to explore them. I don’t have a set path, but I do have a thread. Maybe it’s very delicate, but it is strong. You grab hold of the end and pull yourself forward which then the thread will unravel a tiny bit more to reveal where you will go next. And if I’ve learned anything from life, it’s to say that it never looks like what you think it will.

Friends who had left teaching abroad early to return back home told me that they wished they had stayed abroad a little longer. It apparently becomes a lot harder to go back abroad once you return home. Of course, there’s always the fear and anxiety of staying abroad and traveling while the rest of your friends back home are settling nicely into their careers and newly-bought homes.

I wonder sometimes if I had moved to Australia rather than going back home to avoid reality, but the wonderful thing is this is my reality. It looks different than others from home, but I know that I’m following my goal to travel. You can always find a career and make money, but your youth and time cannot be bought back. Although I believe you can do and start anything in your life at any age, there are certain things in travel that come easier when you’re younger. If you’re unsure after your teaching abroad experience to live abroad or to return home, I urge you to keep traveling and learning. Trust your own abilities to make it work wherever you land next. You never know what adventures await you just around the corner.

Michelle Moon is 29 from Tulsa, Oklahoma, with a BA in sociology and global health. She worked in the nonprofit and corporate sectors before jetting off to Seoul, South Korea, to teach English for three years. She loves cute animal videos, live gigs, cheap diner coffee, eating too many potato chips, and resides in Melbourne, Australia.