Kanojo imasuka? That's a question you'll be asked many times if you're a guy living abroad in Japan. It means “do you have a girlfriend?” I was expecting it to come up eventually. But I wasn't expecting it to come up nearly as quickly as it did. I was making introductions throughout each classroom at my high school. After presenting my slideshow, I would ask for questions. In every class, someone was waiting to ask “Kanojo imasuka?” But that first time was a particularly difficult fork in the road. I decided to answer with: yes, I do have a girlfriend. I figured it was too early to drop that on a class of high schoolers.

And about eight months later, I am still here in Japan as the “straight” guy with a girlfriend back in America. You may wonder "Is teaching abroad in Japan safe for LGBTQIA teachers?" So this is my story of why I decided not to come out in Japan.

Japan is a different country. It's not the individually oriented culture I grew up in in America. Most people in Japan find their sense of belonging in fitting into a team. Frankly, being gay is still considered different in Japan. You might hear a Japanese person say that there are no gay Japanese people. None at all. I've always want to pull out my phone and show them the nearby profiles on Grindr. But anyways, as a new arrival, I didn't want to make a big splash. I came here for two big reasons. I've always wanted to improve my Japanese and I've wanted to live abroad for a period of time. To be honest, I didn't come here to find the love of my life. If it happens, that's great too. But I'll deal with coming out if it comes up.

Another big reason was, I didn't know what the backlash would be. Japan has no laws on job protection for the LGBT community. I had just met my supervisors, the board of education, principals, teachers, and anyone who has more authority than me. I had no idea what their opinions on the gay community were. If only the proper Japanese introduction included name, job position, and opinions on the gay community, it would make my life so much easier. But since that doesn't happen, I played it safe and returned to the closet. Life back in the closet hasn't been bad. I don't like sexuality stereotypes, but if I had to describe myself, I'd say I'm very straight acting. When I came out in college, I caught everyone by surprise. So me pretending to be straight is still me being me. I don't have to change myself, or stifle parts of me to fly under the radar (or gaydar). Really, I just have to blatantly lie if someone asks me if I have a girlfriend. It's not ideal, I know. When I came out years ago, I thought it was for good. But as I have said, I didn't come here for my love life.

So I'm working with the situation I have. It's not all bad though. Japan has been making progressive steps towards LGBT acceptance. If you are part of the community and I have scared you about teaching abroad in Japan as a gay teacher, allow me to reassure you. In the big cities, the LGBT community is much more vocal. Bigger cities have gay bars, or even gay districts. Many clinics host free, anonymous STD testing. Pride celebrations are not only growing each year in their respective cities, but popping up in new cities.

So is it safe to teach abroad in Japan when you're gay? If you decide to be out in Japan, I doubt you'll have any problems. Foreigners are given more leeway in terms of overstepping cultural boundaries. It's probably three times as hard to be a gay Japanese person. As foreigners, I think respect is the most important thing out of anything. So if you are respectful to coworkers, arrive 10 minutes early, and do what is asked of you, I doubt you'll have any issues. If you want to play it even safer, I'd recommend trying to get a job in a big city, and don't make a big display of coming out. The reason for the big city is the same as most countries. Bigger cities tend to be more socially liberal, while rural areas tend to be more socially conservative.

As for the coming out, keep in mind that the Japanese pride themselves on being part of a team and keeping a low profile. I would think that the best way to come out abroad in Japan as a gay teacher is just to be honest when someone asks you about your love life. To be perfectly honest, the country you're coming from might be more accepting than Japan is. But if you're like me, you want to live in Japan for a lot of reasons. I came for the culture, the language, the food, and a new experience. And even though I haven't come out, I might decide to do so in the future. As I said, Japan is changing. So I think that if you want to come to Japan for many reasons, you should absolutely come!

Luke is 24 from America, with a bachelor's degree in science. He worked at a physical therapy clinic for a year, before landing a job in Japan and moving there to teach English. He has been in Japan since August of 2017. 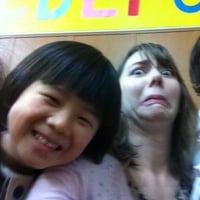