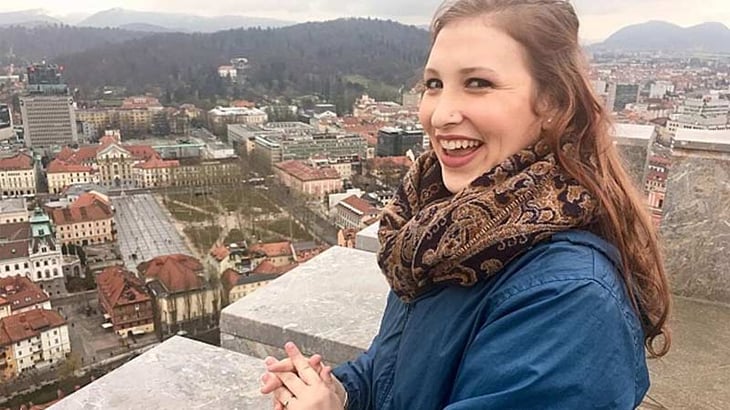 While change can be difficult, it is also necessary for growth. Leaving my central Hungarian town of Kecskemét after two years of teaching English abroad was extremely difficult, but I knew that it was time for me to push forward into my next chapter. During my last week in Hungary, I had a lot of time to reflect on my time there and I recognized five major areas in which change was happening with the end of my time in this beautiful country.

1.) You’re moving on, but so are your students

Growing up I had several teachers leave their positions for one reason or another. Some got married and moved to due to their partner; some left for a new job; some left because they had children and wanted more time at home; the reasons go on. They all had their own particular situation as to why they would no longer be my teacher, and I remember understanding their need to go, but also sad that my fellow classmates and I may not be enough for them to stay. During my last months in Hungary I was often asked, “Why don’t you stay another year?” I had my recited answer ready, and I knew my students understood, but I also knew that they were disappointed I wasn’t going to stay longer.

While my guilt for leaving them after just two short years still remains, I knew that it was my time to move on. I also recognized that it is not only me who is moving on, but them too. Next year my students will be in a new grade, celebrating a new year with new challenges and milestones. The year after that, some of them will have graduated high school and moved on towards college. This transition period is difficult, but I realized that is was time for all of us to move on and move forward, both me and my students.

2.) You didn’t do everything you wanted to, but that’s okay

I had a long list of things that I wanted to do and see in my town of Kecskemét, as well as the nearby capital, Budapest, and all around Hungary too actually. This list continued to grow longer rather than grow shorter while I lived in Hungary, and by the time the end of my stay grew near, I was disappointed that I had not completed everything on my list. Frustrated, I attempted to squeeze too much into my last few days only to realize that these things would still be there. I could still keep this list, and I could still do everything when I come back to visit.

While growing up in the U.S., I moved around a lot. I was constantly wanting to go back to my previous home. I wanted to go back to what I knew, what was familiar, as we all naturally desire. We find comfort in what we know. While I returned back to old hometowns to visit old friends and places, I realized the truth in the idea that you can always go back, but it will never be the same. People change and grow, buildings get torn down and rebuilt, businesses close and reopen elsewhere, everything is in constant movement.

While I know that I will return to Kecskemét, Budapest, and hopefully visit some other wonderful places in Hungary, I recognize that my future visits will never be the same as when I lived there. My students will continue growing up; my friends and colleagues will have moved or changed jobs; and perhaps the city itself may even look different.

While it will never be quite the same, I know that’s okay. Even though Hungary will grow and change, I will too.

4.) You’re not the same person you were before

With every experience we become a new person. Teaching English abroad is an extremely unique situation in which our entire perspective can be changed. No matter where my future takes me, I know that I am a different person now than I was when I arrived in Hungary two years ago. I am proud of the person that I have become thanks to my time in Hungary. No matter if your experience was the best time of your life or if you are hoping for a more positive experience in your next step, you are a changed person because of your time teaching abroad.

Making the decision to teach English abroad is terrifying. No matter what your situation, choosing to move to a new county can be a lot to take on. When I arrived in Hungary, I knew no one. I knew no Hungarian; I didn’t even know how to take the train. I was scared. With time though, I grew. I was able to do more things on my own. I grew more confident and comfortable and found myself in love with Hungary.

And now, here I am, scared again. I have recently moved to a new country, where I don’t know the language, and I am still trying to understand the culture. I am not as alone as I was in Hungary, but I am still scared, which is not something easy to admit. While I am just as scared (if not more) now than I was two years ago when I first arrived in Hungary, I know that one day I will feel just as confident and comfortable in my new country as I was the day I left Hungary.

Whatever your next step is, embrace very second of this season of change. Take on that discord of uncomfortableness and get yourself out there, you won’t regret it.

Megan Lethbridge Tsifopanopoulos recently finished teaching English abroad in Kecskemét, Hungary, after two years at the Reformed High School of Kecsksmét. She now lives in Thessaloniki, Greece, with her husband and is pursuing her MA in Applied Linguistics with TESOL. Megan also teaches English online with VIPKID.