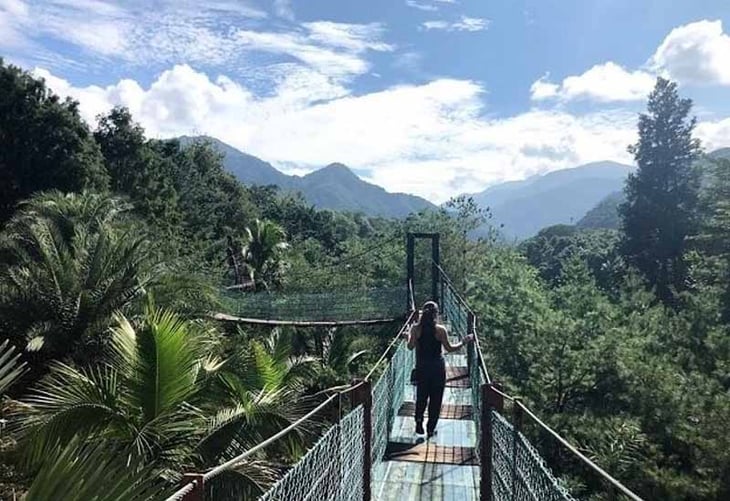 When I first decided to teach abroad I went in with an “all or nothing” mentality. I discovered teaching abroad while I was looking into gap year ideas for after college. I was in the process of getting my Bachelors, had plans to get my PhD next, and knew that I needed a break between those two things. So instead of applying for graduate schools, I signed up for the online 120-hour course that International TEFL Academy offers. I chose to teach abroad, and I chose to commit to an entire year in one country. The decision to commit to a year, at the time, was a determined one. I was determined to get out into the world and really learn whatever country I chose. I wanted to spend time getting familiar with my country, learning about it, feeling almost like I could be a citizen.

Seven months later, I still hold that philosophy but much like myself, it’s developed and changed. As it turns out, I would have preferred less of a time commitment but mostly because I wanted to travel more. I have consequently decided to teach English online and travel more freely after I’m done here in Taiwan. Having gone through this perspective-based-journey, I thought I’d share my experience in forming this opinion with those who might be figuring it out themselves! So for anyone trying to figure out how long you want to spend abroad, here are some of the pros and cons of signing on to a full year of teaching in one country:

One of the biggest reasons I wanted to spend an entire year in one country was because I was looking for a genuine experience. I had traveled before, a week or two here and there, but it wasn’t enough. When you do destination traveling, simply going to a new place and looking at the sites, you don’t really take much away from that experience. There are some little cultural lessons and plenty of important experiences as far as making friends and finding your own, but it’s scratching the surface. With my teaching abroad experience I wanted to really absorb the place I chose. There are all kinds of options for TEFL experiences, from subbing whenever schools happen to need coverage to contracts that last over a year. I intentionally chose a yearlong commitment because I wanted to become familiar with the culture and the city and the country itself. When you live in a country for an extended amount of time you really get a good view into the culture of that country. There are also different phases of adapting to a new country. Three weeks in Taiwan and I wasn’t intimidated to make purchases from people who didn’t speak my language; three months in Taiwan I could navigate my area alright, but I still didn’t know a lot of street names; seven months into my stay, and I can give directions, discuss the multiple cultures here, order food, and get by with minimal Chinese. The time you spend in a place significantly impacts how well you understand it. Longer contracts, in my opinion, give way to more fulfilling immersive experiences.

I can’t speak for every country or every company, but I think the general rule is that schools with longer contracts (8 + months) offer better pay than some short term contracts. This could obviously vary, but from what I remember of my job-search period, the shorter the contract, the worse the pay. I’ve seen a lot of companies offering “internships” for a few weeks to a few months that support their teachers not through decent pay but through housing opportunities and the like. Here in Taiwan, the private and kindergarten schools pay a lot better than public and cram schools, but almost all of them require a year’s commitment. Most schools don’t want quick turn over teachers, so they incentivize longer work contracts.

I think an important factor in living abroad is experiencing home sickness and then working through those feelings. I’ve known a lot of people who travel for a month or so and head back home. These people rarely experience home sickness. I’ve known a lot of people who study abroad for a semester and when they start to feel homesick at the end of the semester, they get to go back home. Staying in a new place past the point of homesickness is an experience. I’ve always had an independent spirit. When I left for college, I hardly ever felt homesick. When I travel on vacations, I never think about home. Being on the move, for me, is peaceful and fulfilling enough that missing home just doesn’t usually hit me. That being said, I felt homesick here. I’ve lived in Taiwan about 8 months now, and in that time I’ve experienced homesickness like I never thought I would.

I missed my friends, my cat, my boyfriend, my mom, the familiarity of home. I (very briefly) considered quitting and flying home. I struggled with homesickness. Then, one day, I got through it. There’s a certain kind of magic to experiencing homesickness, feeling like you maybe belong somewhere else, and then working through those feelings and realizing you’re right where you’re supposed to be. Staying abroad for a long time means you endure some powerful bouts of home sickness, but you also get to experience the empowerment of getting through those low moments. I think an important part of being a global citizen, nomad, traveler, etc. is being able to miss things from home and still feel like you’ve made a home wherever you are in the world.

This is what really got me about the year contract. A major factor in choosing to teach abroad, for me, was travel. I wanted to spend my time teaching abroad and exploring abroad! I wanted long weekends in other countries and plenty of time exploring new places. While I certainly get around Taiwan on the weekends, the opportunities for international travel are minimal. My school grants 14 days of vacation in a year contract. While I love living in and exploring Taiwan, I definitely wanted more time exploring other countries in Asia this year as well. If you’re looking to really get to know a country, a year can be good, but it can also feel like its holding you back. Committing to a whole year in one country, in a way, is like committing to a whole year not in other countries. Some jobs are awesome in that you might have a month of paid summer vacation (like American schools in other countries) or maybe every weekend is a three day weekend (looking at you Spain), but most jobs have restrictions on vacation time. It’s hard to know exactly what you’re getting into, but sometimes a long contract can really pin you down to one place.

Winding up in a job you don’t like is a worry we all have before we land in our respective foreign countries - and it’s a very real concern. I’ve met plenty of people who signed their contracts and wound up disliking or even hating their job. Some people hate the country itself; some just wind up with awful bosses, and others (like some friends of mine in Taipei) get stuck with awful, yet paid-for housing. I drew a medium-sized straw in that my job is simply alright. Some of the classes are awesome; some are rough. The management can be rough, but it can also be nice too. It’s an average job. That being said, I have come to the conclusion that working at my job for an entire year is just too much. I plan on finishing my contract out, but by about the 5th month here, I realized I would have much preferred a contract closer to 8 months than 12. If you don’t love your job abroad, the prospect of a whole year working it can be a bit of a drag. A shorter contract is one way to protect yourself from the potential of a bad job. You can usually extend a contract, but cutting one short is trickier.

This one can kind of go both ways, but I stuck with a con. So much can happen in a year, both in your experiences abroad and back at home while you’re away. While I went off to teach in Taiwan, I had a lot of friends at home going through some big events. I missed graduations and weddings, people moving and other people visiting home. While I tend to personally be ok with an at-some-distance-friendship, a lot of people I know struggle with the long-term distance from home. I have one friend who is sad to miss out on her brothers coming of age in high school, another who’s become an uncle but is missing the first few years of the kids life. To commit to a year abroad is to commit to a year away from what you know, plain and simple. It’s also a lot of time to get used to your country. While I love Taiwan and love being familiar with a country 8,000 miles from home, I have definitely adjusted to the place. A co-worker of mine pointed out to me that much of Taiwan simply looks the same; in most cities you go to the layout and the architecture is all the same. Sometimes I love this about Taiwan, like when I go somewhere new and know how to find a good noodle shop, but other times it can be a bit… well.. boring. There are two sides to everything, but getting to know a country over the course of a year could, for some people (like my co-worker), mean getting bored of it too.

At the end of the day, the time you chose to commit to a job is entirely based on what you’re looking for from your experience. Some people want a quicker, jumpier experience, and others want a longer more invested experience. I chose to teach abroad both to really get to know a country and also to travel a lot. For my own needs and expectations, I found a year to be too long of a commitment to one place. As much as I’ve fallen in love with Taiwan, my goal at this point in my life is mobility. On the other hand, I know people who have happily been in Taiwan for 2 or 5 or even 10 years, people who’ve adopted dogs and cats and children here. It all depends on what you want and what the best way to get there is for you. Before signing onto any contract, be it foreign or familiar, my suggestion is to really think about what you want out of your experience and what exactly you can and can’t do in the time you’re signing up for. Your time is so valuable, especially your time traveling, so go forth into the world mindfully.

A graduate of International TEFL Academy, Heather is an aspiring neuropsychologist currently taking time off before pursuing her PhD. Her and her boyfriend are living and teaching English in Taiwan. They plan on teaching online and traveling the world over the next year before returning to America and continuing with their career and educational goals.