The Life of a Couple Teaching English in South Korea 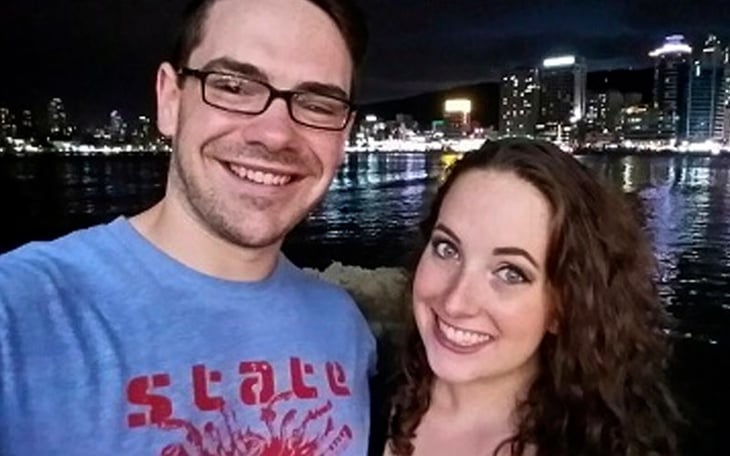 Traveling and teaching around the world on your own is an incredible, life-changing, and challenging adventure. But when you go with friends or significant others, it adds a whole new element to the experience.

In 2014, my boyfriend Blaine and I decided we would move to South Korea after college. Eighteen months into our career in South Korea, it has become one of the most rewarding experiences of my life. But traveling with company isn’t always easy, and surely isn’t bump-free, but we have become stronger people both individually and as a couple because of our time abroad.

Preparing for the Journey

Preparing for a successful trip in South Korea began before we had ever left the U.S. Neither Blaine nor I went to college for teaching so we decided to get a TEFL certificate before we left. After an excellent experience with Jeff Penick and exploring the network available for alumni, we decided on International TEFL Academy’s online TEFL course. It allowed us to adjust, in our own time, to what teaching would entail and study comfortably at home. To satisfy the practicum hours, we volunteered at a local non-profit, ESL Rochester. We liked volunteering so much, we stayed on for eleven months -- long after the practicum was satisfied. We also shadowed two K-12 ESL teachers at our local high school. We sought this out to get real-world observation of teaching ESL.

The experiences we had in volunteering were invaluable to our success in South Korea. We were able to learn teaching techniques from veteran teachers, practice our teaching style with helpful critique, and ultimately make an easier transition into full-time teaching in Asia.

Once we landed in South Korea, we were excited about exploring our new country. I wanted to do as much as I could as soon as I could! Mostly, this was how I work through culture shock: by asking questions, exploring, and getting to know my new country. Blaine, however, had only been out of the country once on vacation and was unsure how he would handle adjusting to life abroad. After a few weeks, he realized he preferred to stay around our town or take in Seoul in small doses. We found a happy medium by me exploring with a friend who had lived in Korea for a long time and bringing Blaine along once I felt comfortable getting around. I think when traveling with a partner, one should be mindful that people adjust to new environments in different ways and on different time lines.

Some of the things we did when we were homesick, and Blaine was up for the adventure to the capital city, are still some of my favorite things to do! We found a great New York style pizza place in Gangnam to satisfy our deep love and longing for thin-crust pizza. We went to the gigantic Seoul zoo and (equally large) aquarium. These experiences were interesting and foreign enough to make us feel like we're exploring our city but not overwhelmed by something totally unfamiliar.

The COEX building in Gangnam, by the way, has an excellent aquarium! My favorite exhibits are the fish tanks built into household appliances and the massive main tank with a tunnel to see the fish swimming all around you!

Our first contract in South Korea put us in a new town outside of Seoul called Dongtan. We worked at a small, close-knit, private elementary school. The school had a communal teachers’ room which was great because it allowed me to become close to my co-workers! However, it would feel like sometimes like maybe I just spent a bit too much time together with Blaine.

To combat these feelings, we would do different things after work. I would do yoga (I was intimidated at first because the class was all in Korean but the ladies and instructor were all so helpful, and I never felt lost) or I would meet friends for coffee.

Blaine would either have alone time at the apartment or go boxing! Blaine’s instructor was a passionate man, and junior world champion in boxing. And despite us speaking limited Korean and the instructor limited English, Blaine says it’s still one of his favorite things he’s done in Korea and has turned out to be a passion of his. I highly recommend taking a diet boxing class if you’re headed to Korea! Doing separate things after work allowed us to have separate experiences and still have things to talk about when we came home.

Finally, since living abroad, I have learned the value of making memories over buying souvenirs. Of course I bought gifts for friends and family back home; it’s so easy to over buy – especially while living in one of the biggest shopping areas in Seoul! But as a traveling couple, it’s important to keep the personal possessions to a minimum. I have found the best souvenirs for us aren’t bought at markets or stores but are the memories we make doing new things. So for our anniversary or birthdays for us or friends, we try and find meaningful and interesting experiences we can do together rather than give gifts.

One interesting experience we’ve had was going to a "blind restaurant" for two friends’ birthdays. You line up outside the door, grab onto the person in front of you, and are led conga-style through the restaurant by servers wearing night vision goggles. Once seated, you eat your entire meal--all three servings-- in total darkness! It’s strange trying to cope; some people had to keep a hand on the table and the chair.  I, however, had to keep rocking back and forth to make up for the lack of visual stimulation. I’m happy to say only one glass was broken during the experience!

Ultimately, living abroad isn’t meant to be easy; it’s meant to make you expand your perspective and your views of the world. But for me, Korea has been more rewarding because I have a partner with whom to share the memories.

Allison Best is originally from Rochester, NY. She studied Professional Writing at SUNY Cortland and graduated in 2013. She, and her (now) fiancé, teach at a kindergarten in Seoul, South Korea. Her favorite thing about Korea is the communal style of eating in Korean restaurants!