Throwing Caution to the Aires - Staying Safe While Living in Argentina 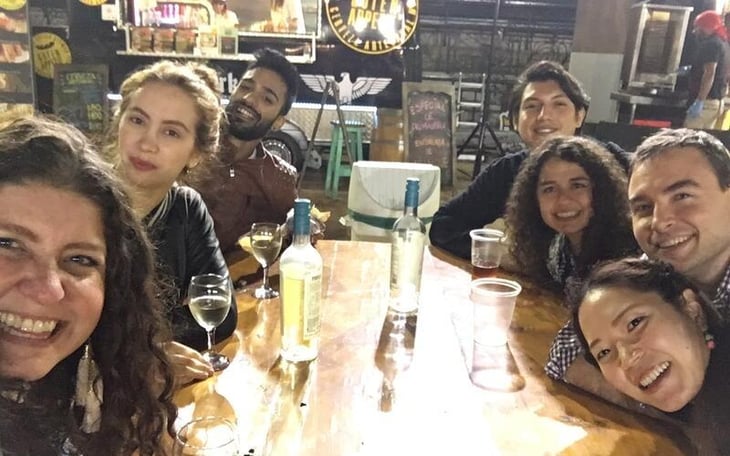 When traveling, safety seems to be the most often Googled concern. Perhaps it was our mothers constantly telling us “Be careful!” as we headed out the door. Concern for safety is common when making the choice where to live abroad. Especially when you delve into the superlative lists of “the safest” and “most dangerous” cities to live in around the world. Not to mention the first thing your parents will ask you is, “But, is it safe?!”

Now, coming from Prague, which I would say is one of the safest cities that I have ever been in the world, to Buenos Aires was a bit of a change. In Prague there are a million people, and in Buenos Aires there are around 20 million. Statistically, this increases your odds of getting involved in a dangerous scenario significantly. But in 2017 Buenos Aires was rated #29 in the safest cities of the world list. Below it Beijing, and just above it Rome, Italy. In terms of a “developing” South American country, those are pretty decent neighbors to have on a safety list.

A big city is a big city. Living there requires use of common sense, care, and awareness. Don’t set your purse down on the ground next to you or your cell phone on the table, and you should be ok. Be vigilant when walking alone and aware of your surroundings. The most common occurrences are pickpocketing and muggings in big cities, including Buenos Aires. To avoid these situations, walk quickly, know where you are going, and don’t stop to talk to anyone. Have a purpose and act like it.

As a general rule of thumb, I don’t walk home alone after 10 p.m. here in Buenos Aires and subsequently have always felt very safe in every uber and taxi that I have taken. In fact, they almost always wait until I get into the door. Generally, the people here care for your well being. Like in any place, there is the rare person that wants to see you hurt, but today I saw a man offer his arm to a blind woman who was crossing the street. These are things that you will see regularly in this city. The Argentinians have heart and care that you are ok. But that doesn’t mean that you should ever let your guard too far down.

Though I generally feel safe, as a precaution, I carry very little cash and keep my valuables tucked away just in case. A backpack is always a good option over a purse, and if you really want to look like a local, carry your backpack on the front when in public transport or close spaces. Don’t ever leave your purse at the table and it is usually best if you keep your bag on your lap or between your feet while in public spaces. Sadly, extreme poverty is a thing here and it often leads people to make desperate choices.

The number one problem in Buenos Aires is that your cell phone likes to walk off. Often right out of your pocket or your hand. While this isn’t a dangerous scenario, it can be an incredibly frustrating and expensive gaffe. I keep my iPhone tucked very safely away almost at all times, except for the rare occasion to snap a photo or check a quick message from a student. Headphones can also lead thieves to the exact location of your device. I had a student tell me that she was listening to music and all of the sudden, she wasn’t. Her phone was gone that quickly. I suggest not using headphones in a public setting and being as vigilant as possible when on the streets.

In Buenos Aires, the traffic is extreme and heavy, and the drivers follow a rhythm that might be different to your own country’s. Take extreme caution when crossing the street. Pedestrians here do not have the right away, and you will often find yourself in a bit of a stand-off with a vehicle. I have goal to get through my time in B.A. without seeing someone hit by a bus. I am keeping my fingers crossed because I have already seen some near misses. Also, if you love to cycle, which I am still terrified of (my other goal is to not have to visit the emergency room), take some time to get a feel of the city. Drivers often aren’t careful of bikers, and while the city has many bike lanes and a free city bike option, drivers are still learning to share the road.

Street safety in Buenos Aires is your responsibility. They don’t take much care in repairing sidewalks, filling giant gaping holes, or really any general concern about protecting people from construction situations. During a storm last month, a tree in front of my apartment fell on a car and crushed it, blocking the street for about six hours before the city came to remedy the situation. The stump and destroyed sidewalk stayed that way for... well, it has been about 45 days and counting. You also shouldn’t be surprised to see a man doing electrical work over your head, or someone welding a shop front with sparks flying all over the passersby. Your safety is up to you. So keep your head up, pay attention and you too can avoid an emergency room visit.

Generally speaking, as a woman alone, I feel very comfortable and safe in Buenos Aires. I always remain vigilant and keep my natural instincts awake for danger, in hopes of avoiding a painful scenario, but I feel relaxed and comfortable. Sometimes I even take the time to not worry about safety for a moment and look up to see the amazing architecture and enjoy this wonderful city.

A California girl, born and raised, Adrienne always itched to pack up and leave for France with nothing in her hand but a suitcase. At the age of 38, that dream materialized for her, only in the form of another European country, the Czech Republic, where she began teaching English. She has since taught English in Argentina, Costa Rica, and is currently teaching in Guatemala.