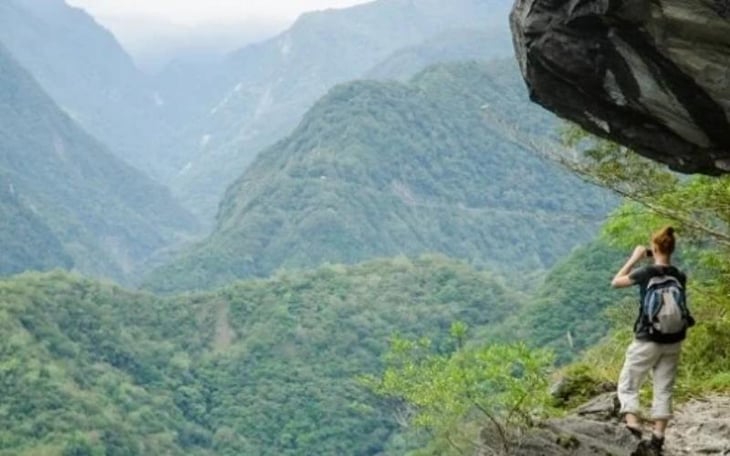 For some, teaching English abroad is a lifelong career. For the majority of us, teaching abroad is a way to travel and bide time, while you uncover your passions and figure out the next move. You can bide time for  a year, or two, or three (or five, or ten!) but, the day eventually comes when it’s time to make that next move.

So what's next? Taiwanese singer Bai Ann, puts well in her catchy pop song “What's next?” (接下来是什么) “Give me some time for me/Let me try to figure out/Do not rush to move forward.” I adopted as my anthem for my last few months living in Taiwan, the country where I spent the past 3 years teaching English overseas.

First, I decided that I needed a trip of a lifetime before repatriating, so I chose to spend three months in Nepal, hopping from Himalayas to retreat centers until 90 days (plus some oops) abruptly came to an end, and it was time to go “home”.

I bought my first-ever smart-phone right before leaving Taiwan, and it automatically programmed my “home” as the same hostel I stayed at every time I returned to Kathmandu. It was not until about the end of December that it finally realized that this was not “home” and “home” is actually on the other side of the world. All the apps that were once a part of daily life, the Nepal Loadshedding Schedule, Mapsme, and Google Translate, were now moved aside and compartmentalized to a “travel” section, not even on the “home” screen. Real life was changing.

During my three years in Taiwan, I'd been home for visits, but, for no more than a month at a time. Now, three months later I am am asking myself if three months is enough time to adjust back to a feeling of “home” that had been completely transformed over the past three years.

I always thought that being an ex-patriate was challenging--to be an outsider looking in. In my time trying to repatriate, I've discovered that it is much more so, being an insider, feeling like an outsider, trying to look at something that seems to always be just beyond your peripheral vision. And all the while you are trying to navigate this new-old world, people are constantly asking you “What's next?”

After teaching abroad, there really is no direct formula for a career path; it is more of a jumping off point into boundless possibilities.

You have to take a good hard look at your takeaways; what you learned, what you loved, what you found you wanted to discover, what you could do without. Teaching abroad makes one realize that it is lifestyle choices that make who we are, and how we live, and our career choices have to comply to those, not the other way around.

An International TEFL Academy graduate, Colleen Contestabile is from the small town of Scottsville New York. She graduated with a B.A in English Literature from St. Bonaventure University & previously worked with AmeriCorps and other volunteer teaching programs in the United States before deciding to teach abroad.