The Biggest Challenges I Faced Living & Teaching English in Germany

I have to say, moving to Germany has been one of the best decisions I’ve ever made. But, it definitely generated far more tears and hurdles than I would have had living in the states. Expat life is nothing like you expect it to be. Going on vacation and living abroad are very different ways to experience a new country. Yes, there are challenges no matter where you move, but when you move to a foreign country, there are additional challenges that can make adjusting seem impossible at times. However, once you are settled, you tend to find ways to appreciate even the annoying lost-in-translation moments.

How could this not be first on my list? I started two companies assisting expats after my own experiences dealing with the German bureaucracy.  My first experience with the foreigner's office was applying for a language permit back in 2014. I researched and prepared as well as one can with outdated information online. The big appointment day finally arrived, and I was ready and super excited. When I mentioned to the agent that I brought everything I needed. His response was, "I'm German, I will find something wrong with it!" Finally, after a few trips back-and-forth bringing different documents each time because the agents would change, and they would want to see something new, I finally got approved. Every time I left, I would be in tears, because the agents can sometimes come off a little harsh (see number 3). It took about 30-days for the official approval, which is relatively quick for Hamburg, but it took another 8-10 weeks before I was able to pick up my new permit card. The stereotype of Germans being structured and organized is very accurate, but when it comes to the foreigner's office, it can be pure chaos with what seems like no structure. I vowed after my first application, that never again would I let another person go through the challenges I went through.

Being emerged in the language, seeing and hearing it everywhere was a bit intimidating in the beginning. For starters, it sounds very harsh and can be difficult to learn. I took an intensive course right away, to get the basics down. I found when I spoke to people; it was clear the other person knew I was not German and would immediately switch to English. After doing the German-English word dance for a few minutes, ultimately English won making it difficult for me to practice speaking German. On the upside, I found many students this way.

One of my biggest challenges when I first arrived was how unfriendly people seemed. When I lived in the states, I was so used to saying hi to everyone and making small talk. In Germany, people tend to stick to themselves and try to limit conversations with strangers. After months of smiling and saying hi to people as they passed by on the street, I came to realize people aren't necessarily unfriendly, they are just standoffish. Although I actually heard an old lady tell the person she was walking with that I smiled at her, and how odd it was. At that moment, I wished I didn't understand German. You may find the distant nature makes it harder to meet or make friends with Germans, but when you do, they are true friends for life.

At least in Hamburg, the weather is nothing to write home about unless you like to complain. On most days, you'll look up at the sky only to see one massive grey cloud looming overhead. We call this the Hamburg 'blanket'. I still haven’t gotten used to the cold, grey, rainy days. Then again, I’m a baby when it comes to the cold, thanks to Southern California where it's always warm and sunny. In San Diego, we wear boots and sweaters for style, not warmth. I work with hundreds of expats and teachers, and they either hate the weather or don't mind it depending on where they grew up. If you compare German winters to some parts of the states, it’s actually pretty mild.

5. Feeling Out of Place

I never really knew what culture shock was until I moved to Germany. You tend to be more observant as an expat living abroad because you are learning how to adapt to your new surroundings, so your perception can shift a bit. In the beginning, I felt out of place from time-to-time with the language barrier, and because I felt like I was walking around with a neon sign on my forehead letting the world know I was a foreigner. Since everything was new to me, it took a little more effort to find what I needed. When you're new to a city, it can make you feel out of place until you get to know your new home.

If you want to adjust to your new life in Germany before the honeymoon phase is over, then I would recommend:

Hailing from San Diego, Tamie had explored most of the United States but had never been abroad until age 35 when she embarked on a year of traveling, volunteering, and studying around the world. After earning her TEFL certification in Florence, Italy, & traveling through Europe, Tamie headed for Hamburg, Germany. In Hamburg, she not only taught English for 4+ years but also established her own business providing support and assistance to other English teachers with navigating the German visa process. 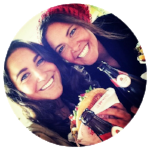