How Teaching English Abroad Helped Me Figure Out My Career 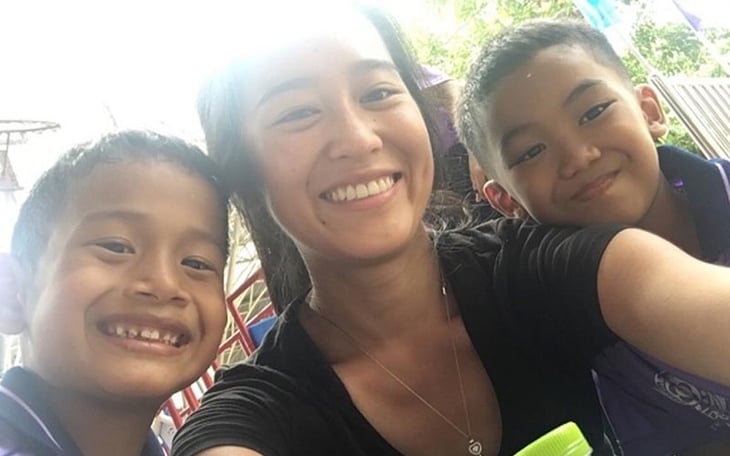 Coming back was hard. After teaching abroad for a semester in Ayutthaya, Thailand, I was not only experiencing culture shock but also homesickness for a place that wasn’t home anymore. In fact, I no longer knew what home was. Earlier in the year, I had been taking the online course with International TEFL Academy and making plans to teach abroad. I had been living in New York City and was so done with it. When I got hired to teach in Ayutthaya, I saw it as an opportunity to start over and turn a new leaf. I left my job in book publishing (with high school textbooks) and sublet my Manhattan apartment in the hopes of a fresh start.

During that semester, I had no idea what I was going to do next. My options were to stay, to teach somewhere else, or to come home and figure out my career. The thing is, before teaching, I had been working in textbook publishing, but I was unsure if this was the career for me. It’s all I had ever know, so one of the driving factors to teaching abroad was to try something new. I loved my experience abroad. I loved the friends I made, the community of expats, the freedom to travel, and most of all, my kids. However, towards the end of the term, I felt like I was missing a sense of purpose, and I wanted to get back into a career. I just wasn’t sure what that would be.

My goodbye from Thailand was tearful. I had met so many wonderful people, and leaving my kids felt like I was slamming my heart against the wall. Upon my return home, I slept and slept. Part of it was the jetlag, but another part was that I was bummed. I had left a lot of close people miles and miles away. I was crashing at my parent’s house, and I just didn’t know what I wanted to the foreseeable future.

For the next few months, I job hunted. I applied for all things I could, like including other jobs in Thailand, other teaching jobs, and jobs in media. I talked to a handful of people and went to coffee meetings and informational interviews. After hearing about my experience, these people would tell me to take the time, and that it was indeed a fresh start. I had a whole new skillset that I hadn’t had before, but most of all, I had the opportunity to actually figure out what I wanted. I also had a different mindset, and although at the time I didn’t realize it, being abroad had given me a fresh perspective on my life.

Sometimes when we’re in the midst of our problems, it’s hard to see the bigger picture. Having spent time abroad, I felt like I could pan out, and all of a sudden, the things that had been making me unhappy in New York no longer felt like such a big deal. At the same time, I got a whole sense of appreciation for what I used to have – my family, my friends, my passions.

Teaching was one of the most rewarding jobs I’ve ever had. For the first time in a while, I felt intrinsically motivated. And while I wanted something different for a career, I decided I absolutely loved the field of education. After a couple of months of soul searching and applying for jobs everywhere – in and outside of NYC and in other countries – an opening came up at my old company, with my old team.

The job was for a sales representative, which essentially meant I would be selling high school textbooks to teachers. While I had absolutely loved my team while I worked there, there were things about my old job that were frustrating me. However, being away, like I said, gave me a new perspective. I realized that I had a different conception of what this job entailed that was crowded by my own frustrations from my old position. I could single out the fact that I was frustrated with my old job, but not the whole thing, and this position would be a different set of responsibilities. The position would allow me to work in education, which I knew I loved. The sales portion of the job would allow me to talk to teachers, and after having been on their side for the last few months, I had a newfound appreciation for them.

So, I decided to interview. The ironic thing is that I had left to turn a new leaf and ended up in the same place. In NYC, at the same company, with the same team. This time, though, things are different. I decided to come back willingly, knowing the pros and cons of the situation I was getting myself into. I chose to move further from the city because Ayutthaya was a small town, and I liked the charm of a smaller community. Also, I had gained skills. The courage it took to move abroad and start from scratch gave me the confidence to conquer obstacles. Managing my own classroom allowed me to become self-motivated. Working with kids and trying to make friends in a foreign country also boosted my people skills. All of these things help me as I try to achieve my goals, but the biggest thing I gained from my time abroad was perspective. A lot has changed since I taught abroad, and then again, a lot hasn’t. it’s all a matter of how you look at things.

Aimee Lam graduated from New York University with a BA in Comparative Literature. She worked for two years in publishing before packing her bags to teach English in Ayutthaya, Thailand. Her time teaching abroad led her to decide she wanted a career in education upon returning back home.