I’ve lived in Chiayi City, Taiwan for two years. It’s a smaller city in the south western part of the island. Traditions run deep here, and the streets are quieter at night. The people are kind and helpful to foreigners and will usually smile at you or say hello once you’ve caught them staring. In the shadow of Alishan Range, there is always tea to drink and a snack to eat at a street stall. Life is a bit slower here than in Taipei or Kaohsiung, but that’s the way I like it.

I grew up in the United States (New Hampshire, more specifically) with a supportive and open-minded family. I knew I fell somewhere on the queer spectrum at a young age. I managed to break the tape in our “Spice World” VHS from watching, rewinding, and fast-forwarding to my favorite scenes of Ginger Spice over and over again. When my friends gossiped about the boys they wanted to kiss, I was confused about why none of them wanted to kiss girls, too? I didn’t know the words or the labels, I just knew I wanted to kiss, well, everybody. 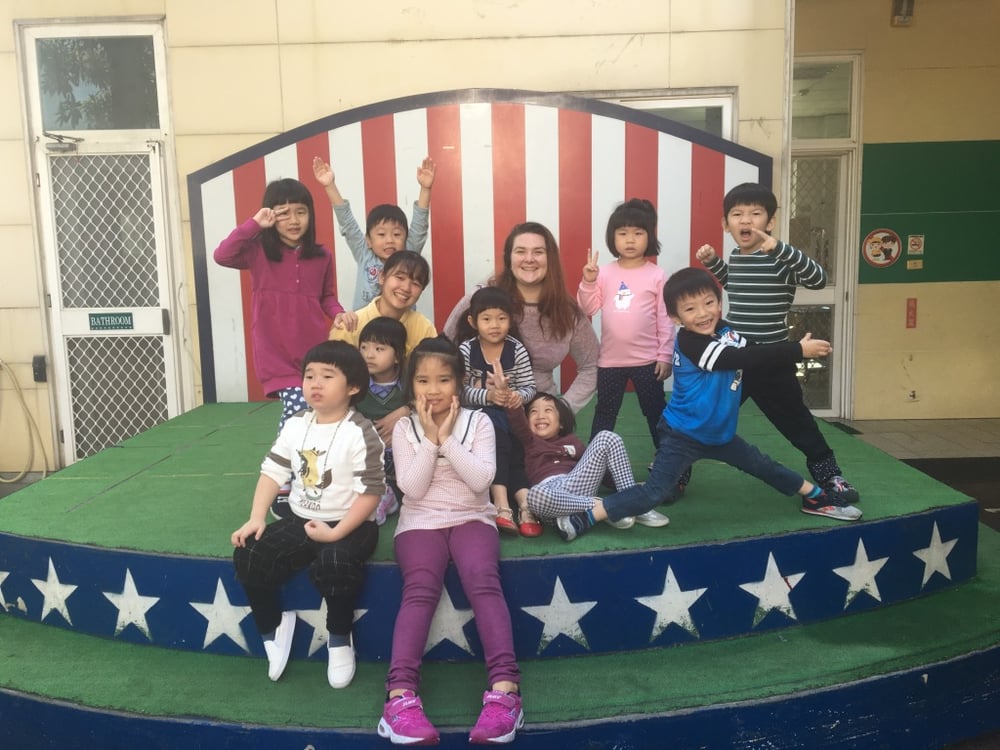 When I decided to leave the U.S. after college, I knew I wanted to come to Asia. Part of the reason I wanted to teach English in a new country was for financial reasons. In America I had hefty student loan debt, close to no savings, low-paying job prospects, the list goes on. In Asia, the cost of living coupled with an English teacher’s salary seemed like it would work out great for my needs. The next step was to narrow my choice down to a country. I wanted a country that I would feel safe in as a queer woman. Unfortunately, there are still some countries over here in Asia that see homosexuality as immoral, and some that consider it a crime. I knew I wouldn’t be able to live and work in a country where LGBTQIA people are openly discriminated against and mistreated, so that narrowed down my list. Through the hours of researching, I landed on Taiwan. Safe for women and queer people, good cost of living to salary ratio, and dumplings. Lots of dumplings.

Just last month, Taiwan became the first country in Asia to legalize same-sex marriage. This is a landmark decision and a remarkable feat for Taiwan that has opened the door for other Asian countries to, hopefully, follow suit. The road to get here has not been an easy journey, and there is still some opposition from certain groups in Taiwan. However, the LGBTQIA community in Taiwan is here, it’s queer, and it’s beautiful. 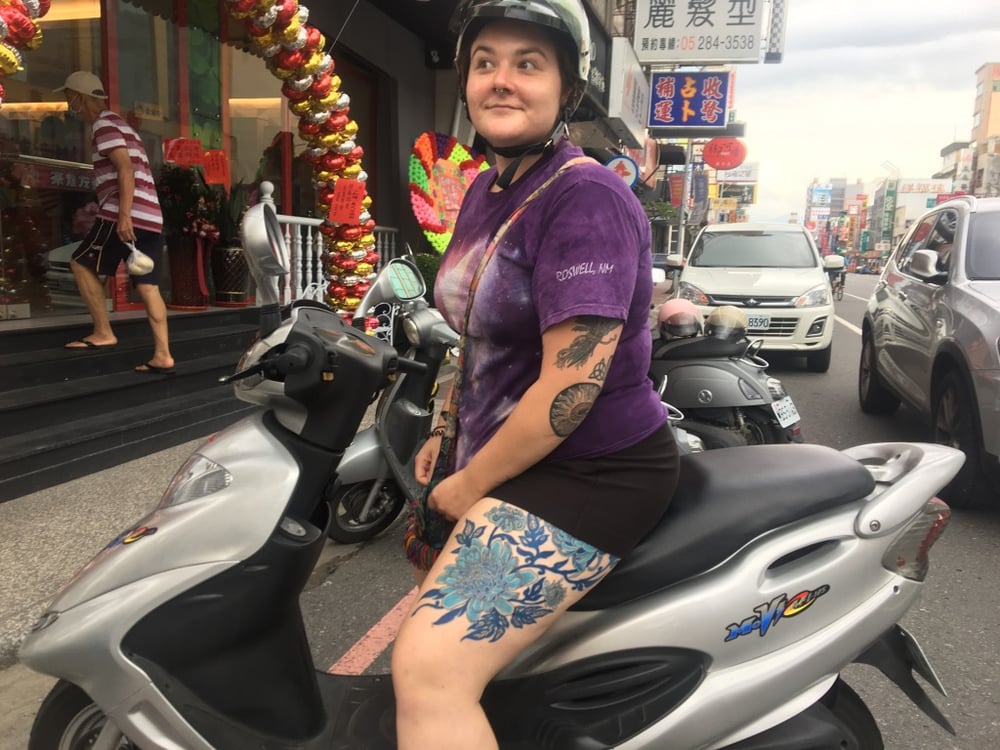 With that being said, I must admit that I don’t always feel comfortable discussing my sexuality with Taiwanese friends, coworkers, and employers. Though many people are out and proud here in Taiwan, the queer community is still sometimes separated from the mainstream. My close friends and coworkers know that I am pansexual, but with most of my Taiwanese friends, it’s not something I choose to disclose to them. I am straight-passing to them, and I would rather keep it that way, honestly. It’s easier for me to field the jokes and suggestions about boyfriends and husbands from them than explaining my sexual orientation to them. It’s not that I fear they will see me differently, or in a worse light – I know they would still accept me for who I am if they knew. My reasoning behind it is that, well, I just don’t want to. And that’s okay. It’s okay if I don’t want to answer all of their questions and concerns about queer life. It’s okay if I don’t want to be their token “lesbian friend.” It’s okay if I just want to live my life and keep my sexuality out of it with some people. The people who I feel should know that I am pan do know that I am pan. I already have Taiwanese aunties aggressively trying to set me up with their sons, nephews, and grandsons. I can’t even imagine how many more polite rejections I would have to come up with if they were trying to set me up with their daughters, nieces, granddaughters, and non-binary relatives, too. It’s exhausting to be someone’s personal connection to the queer world. I’m just trying to live. At times I feel as if I’m being dishonest or inauthentic as a queer individual because I’m not wearing a rainbow flag as a cape and riding on my scooter with a megaphone shouting my sexual orientation to everyone I see (okay, I’m being a bit hyperbolic here, but, you know what I mean). The truth is, I don’t owe anyone an explanation about who I am, or any insight into my life. Frankly, neither do you.

Whether I decide to tell people that I am pansexual or not, the bottom line is that I can do so without any negative repercussions here in Taiwan. I am free to be who I am here. I am free to drink my bubble tea and eat hot pot with whoever I so choose. I can go to Red House in Taipei, or other gay districts in Taiwan, and sit under the rainbow flags and have a drink (or six) with my community. The queer community has so much to be proud of, and so much more to fight for in this world. As long as we support each other and stand up in the face of injustice, we will be free to love each other wherever we may be. Happy Pride. Stay strange. 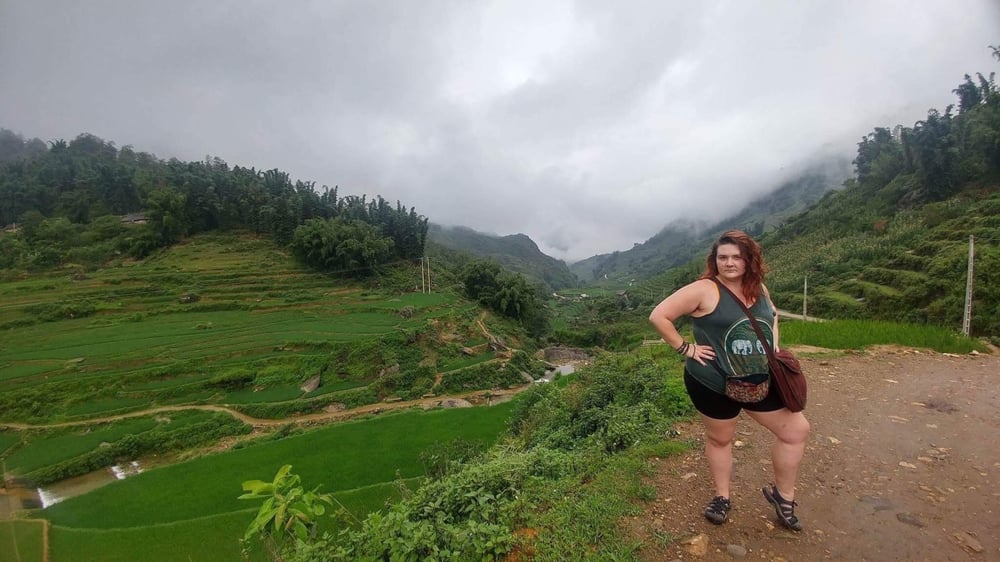 Emily Provencher is a 26 year old from New Hampshire with a BFA in Creative Writing from Sierra Nevada College. She has been teaching English in Taiwan for 2 years and once listened to one of her students sing John Denver's "Country Roads" in its entirety while he was supposed to be taking a quiz. She gave him a passing grade regardless of his horrendous spelling. She also enjoys gardening.

Want to watch more videos and read more articles from LGBTQ+ alumni that are teaching English abroad? Check out our LGBTQ+ Resource Hub!