5 Things That Surprised Me About Living in Costa Rica 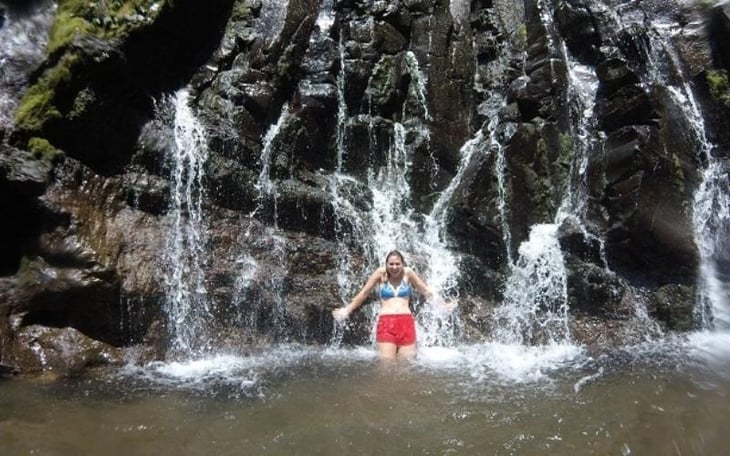 Two months in Costa Rica has flown by faster than any adventure I've ever undertaken. It's a strange feeling settling in one area, telling yourself that this is your new home for awhile, reminding yourself that even though it's a long time, to use the time wisely.

I remember my first extended stay adventure in California thinking, "I'll be here for four months, and then I'll go home and look for a job." Those four months turned into two years and I have this sinking feeling that it could happen here as well.

During my stay here so far I've noticed some rarities that are a bit different from my expectations and my former lifestyle in the United States. In no particular order, here are things that have surprised me the most so far about my new "Pura Vida" lifestyle:

1. My Alarm Clock is a Rooster

People here wake up early. My first few days here I couldn't sleep because a rooster would crow at different hours in the night (usually around 2 am and 4 am). I would toss and turn and have to sleep in the morning due to exhaustion. By the time I would wake up, everyone would've already eaten breakfast, been to the store, and gone for a morning jog. You get used to the roosters. However, it gets dark around 6pm; therefore people wake up quite early around here.

I wake up at 6am even when I don't have to, and I don't feel tired.

2. It's Not Hot Everywhere

While packing my bags for Costa Rica, I pulled out all of my sandals and stared longingly at my boots sitting sadly in the corner of my closet. I remember thinking, "It's a shame that I won't get to wear my boots this winter."

The first day I arrived, I realized what a mistake I'd made not bringing any closed-toed shoes to Costa Rica (the one pair of jeans isn't serving me well either).

Not all of Costa Rica is a beach, and if you're coming to the central valley, you're gonna need some boots. I feel like such a gringa for admitting this mistake. It wasn't that I didn't think that Costa Rica never got cold, I just thought that I wouldn't feel that could because I was used to American winters, but cold is cold anywhere.

I'm starting to feel like a cartoon wearing the same jacket everyday.

This is more of a surprise effect on me, rather than a surprise that it exists. It could be because I don't live with any children, or that there aren't many in my neighborhood in the United States, but here kids play outside. People go outside. I go outside. Not like "let's go on a hike," but like, "I'm just passing through the park, but I think I'm gonna stop here for awhile."

You can always find children running around the plaza. There isn't any playground equipment, just pigeons, but they don't need anything else. They can entertain themselves.

This is something we've lost in the United States. Everyone feels like they need to be entertained from an outward source.

We teach our children the same. We throw movies, games, and ipads in their direction just to keep them quiet. When they are alone, they don't know how to handle it.

4. Transportation is Inefficient, But People Deal With It

For a country that makes a large amount of money through tourism, there isn't a reliable public bus system to connect you to these places efficiently. This is probably why a lot of private companies have been able to capitalize on their vacation packages that include transportation.

To get anywhere you have to take a train, to a bus, to another bus, to a taxi, to get where you're going.

And the traffic is ridiculous. I'm a girl from a rural area where if you live 5 miles from something, it takes you five minutes to get there.

San Jose is 6 miles from Heredia and Google Maps is showing that it will take me 34 minutes to get there due to traffic.

The bus schedules change and the stops aren't marked. You HAVE to ask someone, but somehow people magically know. I feel like it's a secret underground association where they tell all of the locals the bus schedules just so that foreigners have to ask.

My bus stop last weekend was a 2' x 1' faded yellow line painted on the pavement.

It's not like transportation in Europe; I'm definitely in Central America.

5. There Aren't Any Addresses

This is by far the most surprising thing I've discovered here. This isn't a joke. There aren't addresses here. Well, not like the ones we know. People give directions based on landmarks, (which could be a good thing for me because research shows that women tend to remember landmarks better than street numbers) but Google doesn't really respond well to "20 meters south of the church."

How in God's-good-earth does anyone receive mail around here?

I was told in the past the mail man used to have to knock on the doors of the neighbor's house to ask who lived next door to find our if they were in the right place. Now they just write more details like, "The pink house with the white gate."

Could you imagine someone doing this in the United States?

The cities around here aren't planned. It's as if homes and offices have sprung up like weeds; unexpected and not really sure how to handle them. Therefore, the homes don't have numbers.

So there you have it, my five unexpected discovered about this country. It's been quite an adventure so far, and I'm looking forward to what the future brings.

An ITA graduate, Caroline Chadwell is a 26-year-old from a rural town in Tennessee. She currently teaches online and is seeking out next adventure abroad.