Who Brought a Cat on the Bus? Adopting a Pet in South Korea 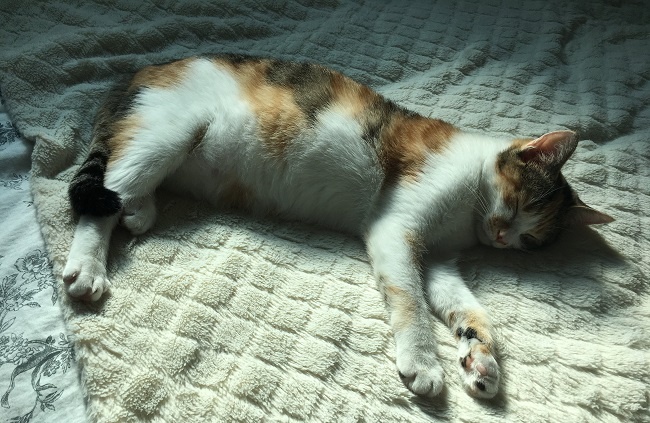 Last spring I took the online TEFL course with International TEFL Academy (ITA). I’m so grateful I chose to get my TEFL certification through ITA because they helped me to launch my new life here in South Korea. I’ve also felt so much support from their Alumni Association!

After getting settled in Korea, it wasn’t long before I noticed all the stray animals. There are dogs everywhere tied on short leashes, limited to an old blanket and forced to eat food scraps. These dogs are doing their best to cover their noses from the insanely cold wind chill. The cats can explore farther because they’re not tied up, but they’re still freezing. Walking home from work, I see cats tearing open bags of compost, trying to find a meal wherever possible. It is a way of life here, but if you’re an animal lover at all, it’s heartbreaking to see.

I joined a Facebook group for Animal Rescue in Korea and found the online community is well aware of how animals are treated. The pet culture is growing here, but there’s still the history of cooking dog meat and although that’s less popular now, it’s still not unheard of in the countryside. On the flipside, I also see pets get completely doted on. Koreans carry their pets in strollers, backpacks, purses, and front carriers. Most every small dog who is loved has a cozy sweater for the frigid trips outdoors.

As I began to understand pet culture here in Korea, naturally I wanted to do something about it. I thought about getting a dog and tried to arrange to visit a local shelter. One of my friends had a connection to a batch of puppies, and I made a plan to go see them. As the day approached, I knew I wouldn’t be able to visit without taking one home. My boyfriend reminded me that I’m a single-dweller with a full-time job. Getting a dog would become a major focus of my day, and I’d be restricted with monitoring bathroom times and exercise. I was sad for a few days about this and felt heartbroken I wouldn’t be able to get a puppy. I knew he was right.

I still wanted a pet, and I began to think about a cat. Lots of love and cuddles but they typically require less of a time commitment. I opened Facebook one day, and there was a brand new post from a military family giving their cat up for adoption. They had just found out their son was allergic, and couldn’t keep Mia, their cute calico cat. They got her from a shelter when she was about seven months old, and could only keep her for about two months before their son’s allergies were too strong. I made a plan to meet up with the family and adopt her. They brought her in her pet taxi, with her bag of food and a few beloved toys. My boyfriend was visiting at the time, and he helped me through this whole process.

We took the cat on the metro in Seoul and on the bus back to my town about three hours away. She absolutely hated it. She meowed so much and I felt awful. It was winter, and in Korea when it’s cold outside, they blast the heat on the busses and just leave it on. They don’t monitor the temperature of the bus at all, so it just gets roasting and you have to strip your outer clothing off. I’ve never seen a cat pant before but Mia was panting so hard. We moved the carrier onto my lap away from the floor heater and tried to give her water. She wasn’t having it. She was miserable. The only thing to do was wait for the bus ride to end. Most other passengers had headphones in, so I don’t think she was bothersome to anybody, but it was obvious there was a cat onboard. We arrived with minimal scratches on our hands and didn’t smell too much like the cat urine in the carrier.

Finally, we arrived in my town. She was happy for the fresh air as we got off the bus. The journey still wasn’t over though, as we had to taxi to my apartment. That was a short ten-minute ride, and then we were home. She was timid of the new environment but was so happy to be out of the cage, and on solid ground! I bought new food and mixed it with the old. That week we got her a litter box and got her all set up with a climbing area and scratching posts. She’s more herself now, and I doubt she remembers the horrific bus journey (at least I hope it’s erased from her memory!).

I love coming home to cat. She purrs when I fall asleep and lets me know she’s hungry in the morning. She drinks water like there’s a drought and absolutely loves chasing herself around my apartment. She has a habit of chewing cords, so I’ve learned (the hard way) to put my computer charger, phone charger, and headphones where she can’t reach them. I plan to stay in Korea for more than one year so it makes it feel more permanent to own an animal. Transporting her back to the states will not be fun, but she’s my cat now and I love her so much.

It’s easy to feel helpless, but if you’re thinking of moving to Korea, there’s plenty to do for animal lovers. I’ve seen groups online for volunteering at animal shelters and walking pets. There’s so many pets in need of love and attention! You don’t have to adopt one to make a difference, but I bet you’ll want to take (at least) one home.

An ITA alum, Katie McKindley is from Seattle, WA where she graduated with a BA in psychology from Seattle Pacific University. She nannied in Spain and waited tables in Hawaii while paying her way through school. She’s now teaching with EPIK in South Korea where she’s discovering their heartfelt hospitality and how great their healthcare system is.