To Work or To Travel: What Are Your Plans After College Graduation? 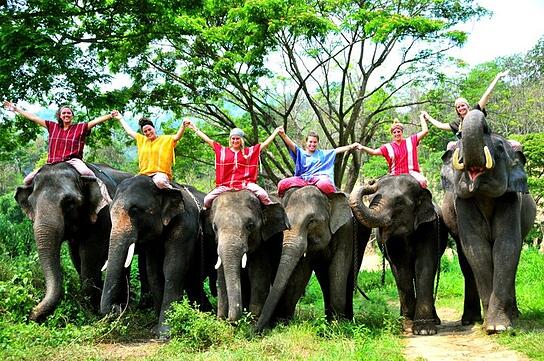 “So, what’s your plan after college graduation?”— Ugh.

I couldn’t put a number on the amount of times I got this question in the months leading up to college graduation. This question was my worst nightmare. I lay in my bed asking myself that exact same thing and it kept me up at night. I had no idea what I wanted to do.

Should I go to graduate school (and rack up some more student loans)? Should I frantically continue applying for more jobs (and getting rejected)? Should I teach English abroad (will people view this as a cop-out)?

I initially went the ‘continue applying for more jobs’ route. It was what society told me to do. You’re supposed to go to college then immediately jump into a full-time career, and then you should start a family and buy a house, and then get a puppy shortly thereafter, right?

After an endless number of interviews and what felt like an endless list of rejection emails, I finally got hired in a position I didn’t even want. I was on salary and had minimal benefits but society told me that’s normal for a 21-year-old new worker. I was living paycheck to paycheck in Chicago and spending my entire income on rent and going out with friends. But again, society told me this was where I was supposed to be at my age. This was normal.

After 6 months of this repetitive and extremely stressful existence, I found International TEFL Academy on my walk home from the subway after work. It was completely by chance. I never took that train. I never walked down that street to get home. I randomly wandered into the office to grab some more information and ended up sitting down with an Admissions Advisor. After a 60-minute conversation, I was 100-percent certain I was quitting my job, subletting my apartment, and moving to Seoul, South Korea to teach English.

Fast-forward four months and I was in the airport with my entire life packed away in two suitcases, boarding a plane to Seoul. My family and friends were skeptical. They thought I was having some sort of post-graduation meltdown that I needed to escape from, but I knew I wasn’t.

1. Think You're Going to Learn A lot in an Office Job? Just wait.

Picture yourself stepping off the plane in a foreign country with two 50lb suitcases. You’re alone and none of the airport signs are in English. Your phone doesn’t work and the wifi network is down. You have an address of where you need to go and a few instructions on how to find the bus to get you there. The first few people you ask for help don’t speak English well and are in too much of a hurry to stop and try to figure things out. What would you do?

While teaching English abroad, you are faced with dilemmas like this on a daily basis. You have no choice but to become a strong, independent, problem-solver and make your way through these mini obstacles.

How many times in an office job does a person face scenarios like this?

2. There are Great Benefits for English Teachers Overseas

Living paycheck to paycheck was exciting and all, but saving $1000 per month in South Korea was a lot more fun. I was working 25-hour per week in a job I found truly rewarding and enjoyable. I was living rent-free in a studio apartment a block away from my school. I was going out and exploring all that South Korea had to offer while also visiting a lot of the neighboring countries over long weekends and holidays.

I did all of this while still transferring $1000 to my American bank account every month and maintaining all of my financial responsibilities back in the U.S. 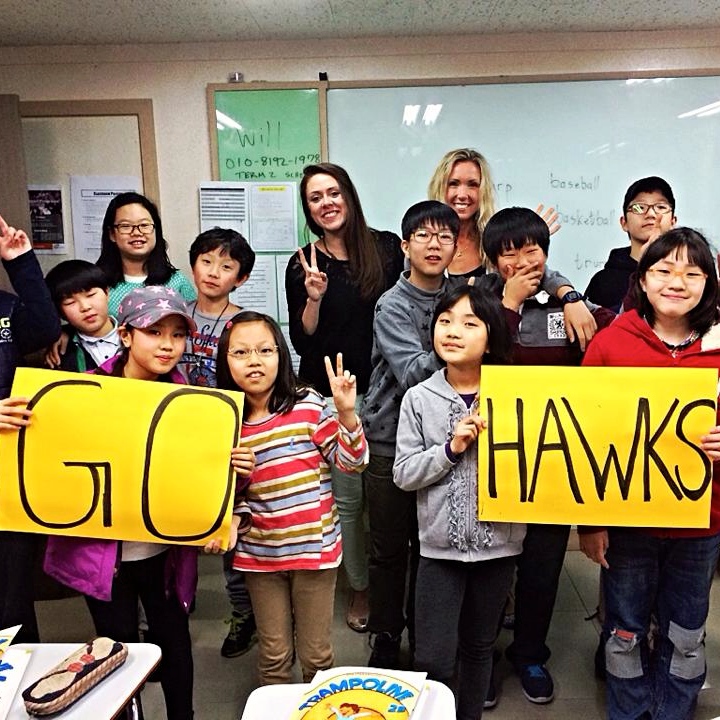 3. My Resume Now Stands Out From the Pack

I did something different. I am the interesting friend that broke away from the pack, took a chance, and as a result, reaped the benefits in more ways than I can count. It was fascinating comparing my job interview experiences from before I taught abroad to the interviews I did after I got back.

When applying against 50+ other similarly qualified job applicants for a single opening, having something completely different at the top of my resume was a huge leg up. Inevitably my teaching abroad experience came up in interviews within the first 10 minutes. It happened every single time and when it did, I knew I was about to blow everyone in the room away. In addition, in the globalized economy of the 21st century, many employers highly value international work experience.

I did something different. I had a problem and I found an extremely viable, smart solution. I wasn’t happy so I did something about it instead of sitting back and being passive. I made a strategic and wise financial decision that also boosted my happiness more than I ever could have imagined.

How many other applicants will be able to say the same? 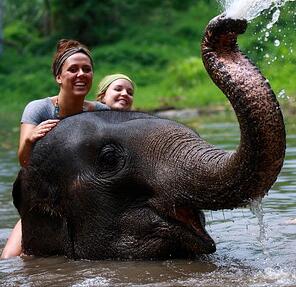 As an advisor at International TEFL Academy, I have heard the above statement an infinite number of times. If teaching English abroad and traveling is something you are even slightly considering then make it happen, now. This desire to explore and see the world will never go away. You can tuck it away for a year or two but it will always be lingering in the back of your mind.

The planning process isn’t glamorous. It isn’t easy, and it can’t all be planned overnight. This adventure isn’t for everyone, but if you’ve been eagerly seeking a fresh start and an exciting new beginning, then this is exactly what you’ve been looking for.

Don’t put it off or you’ll find yourself regretting not doing this before you had a puppy, a mortgage, and car payments.  If this is something you want now then make it happen.

Teaching English abroad isn't the conventional route after college. It's not that common (yet), and chances are your family and friends will question your decision to travel the world and put the whole 'real world' thing on hold. Just because society tells you to jump into a full-time career as soon as you possibly can after college doesn't mean this is going to be the best fit for you. If you have the desire to travel then don't wait. It's on your mind now, take action, do something about it, and go see the world!

Request a free brochure or call 773-634-9900 to speak with an expert advisor about all aspects of teaching English around the world, including TEFL certification, the hiring process, salaries, visas and more.

About the Author: Jessie Smith

An International TEFL Academy graduate who now works at ITA as an Advisor, Jessie is a Chicago native who began traveling in 2010 when she studied abroad in Gold Coast, Australia. Jessie graduated from The University of Iowa with a BA in Journalism in 2012 and began her teaching and traveling adventures shortly thereafter in South Korea.

Following her time in Seoul, she jumped over to Hanoi, Vietnam to continue teaching and traveling around southeast Asia. She has traveled to over 20 countries worldwide. When she's not working she is usually running (very slowly) along the Chicago lakefront, attempting to cook, and blasting country music.

A journalism major at the University of Iowa, Jessie took the ITA Online TEFL Course and taught English in South Korea & Vietnam before joining the team. As one of ITA's most senior writers, Jessie is the author of numerous articles about teaching English abroad & TEFL certification, and she has spoken at various conferences about working & teaching abroad, including the Lessons from Abroad (LFA) symposiums in San Diego & Portland. Her articles have also appeared in such popular online publications as InternQueen.com.