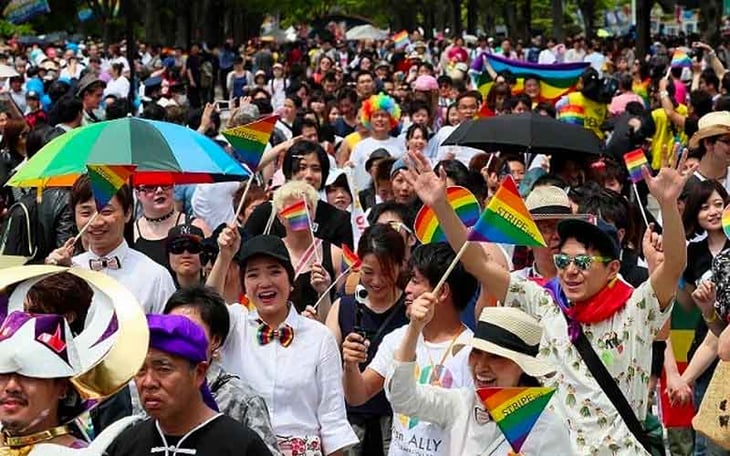 What is your citizenship?
United States

Where are you from?
Portland, Oregon

What is your education level and background?
Bachelor's degree

Have you traveled abroad in the past?
Some international travel with friends, family, business, etc.

If you have traveled abroad in the past, where have you been?
Japan

Please tell us about yourself.
I graduated from University in the fall of 2016. I immediately started looking for jobs teaching English in Kyoto, Japan, but didn't get a job until about one year later. I now work and live in Japan! I chose this country for a couple of reasons:

1) I always wanted to learn the language.

2) I've thought that Japanese culture is very unique, and wanted to see for myself.

3) And finally, I wanted to go to a country where the salary would allow me to save some money. I've been here for almost eight months now, and it's been great!

What sparked your interest in teaching English abroad?
I knew it was the most common way to land a job in a foreign country, so I gave it a go.

Which country did you decide to teach English in?
Japan

What did your friends and family think about you moving and teaching abroad? Were they supportive, apprehensive, excited, concerned, etc.?
I had full support. My dad was very excited for me to go. Although my mom was sad I was leaving, she was happy for me. My friends had a similar feeling, sad to see me go, but happy for me. I still video chat my parents and some of my friends often to stay in touch. The distance is difficult at first, but you get used to it!

What were some of your concerns before teaching abroad?
I didn't plan on coming out in Japan. The culture isn't quite to the point that it is in America. If you ask some Japanese citizens, they might even tell you that there are no gay Japanese people. Having been on Grindr here in Japan, I'll just agree to disagree. While Japan is moving in the right direction, there is no job protection for the LGBT community. However, it is progressing. I would say that being a gay foreigner is more accepted than being a gay Japanese person (which breaks my heart a bit). If you do decide to be out in Japan, I don't think you'll have a problem, especially in the bigger cities. In my case, I just tend to play it very safe.

What resources did you find helpful when deciding where to go?
The internet mainly. I read a lot of articles of LGBT culture in Japan and personal blogs of people's experiences. I also watched Japanese TV and would pay attention to any gay characters to see how they were portrayed. And of course, if I was ever feeling down, I would video chat my best friend. He's also gay, so we usually will talk about the stuff I don't talk about to anyone here (mainly about guys)..

Please give your thoughts on dating abroad.
I haven't done it. If you date a Japanese person, I have heard that they will most likely be discreet. So you'll be sneaking around a lot.

Was there anything about being a member of the LGBTQ+ community abroad that was unexpected?
I mentioned this a bit before, but the denial of the existence of the LGBT community in Japan definitely caught me off guard. I had no idea that there were Japanese people who believed there aren't any gay Japanese people. But even though that shocked me, I see progress that also shocks me. Younger people are talking about it; it's brought up in TV and radio, etc. And I haven't been here for Pride month, but I heard the big cities have amazing Pride celebrations.

Did you come out while living abroad? If so, how did your host country and experience influence that decision?
I did not

Tell us about finding your community abroad
I mainly use dating apps. I haven't found anything substantial yet, but we'll see what happens. I'm also thinking about going to the pride celebration in Tokyo.

What were some of your most memorable experiences teaching English abroad?
The kids. The kids were the best part of the job for me. I taught at an elementary school, and in my opinion, it's the perfect age. They're outgoing and friendly enough to want to engage, but also well behaved (at least compared to elementary schools in America!). Middle school and high school is when they become more self conscious, and it's tough to get them to speak up in class.

Did you have any difficult conversations abroad? If so, would you mind sharing?
It wasn't that difficult, but be prepared for the "Do you have a girlfriend/boyfriend" question. It's a common small talk question, and obviously they assume you date the opposite sex. If you're planning on coming out, it could be an awkward explanation. If you're planning on keeping it a secret, you can say you don't. Or, if you lie about having one, you might be asked if you have a picture. Be prepared!

Did you find that locals had any stereotypes? Or did you have any stereotypes about locals?
I mentioned before, but any gay locals are almost definitely in the closet. We've all been there before, so be sensitive and understanding because they can be nervous about getting found out.

Were there any cultural boundaries you found to be different than your home country? If so, please explain.
Japan has such different cultural boundaries in general. It's the epitome of an indirect culture. So it's considered rude to be straightforward with people. You're supposed to beat around the bush a bit. It will take some getting used to, but you'll pick up on it after a while.

What are your thoughts on safety in your host country abroad, as a member of the LGBTQ+ community?
The safety is 100% ok. Japan is still working towards cultural acceptance. But in terms of safety, it's one of the safest countries you can live in.

Have you participated in any pride celebrations abroad? If so, please tell is about them.
Not yet. I want to go to the one in Tokyo this year though.

Have you had any weird and/or funny questions from locals?
One time in Tokyo, a very drunk, old man walked up to me and asked me if I was gay. No preamble or anything, he just asked me right away. It was in Japanese, so I pretended that I didn't speak any and walked away. To this day, I still wonder what gave it away...

Do you have any advice for people planning to move to this country/move abroad?
Get a feel for your workplace before telling people you're gay. See if any of your predecessors were gay, something like that. If it's going to be a problem, it doesn't mean you cannot date. You just might want to keep your work life separate from your dating.

Do you have anything else you'd like to share? If so, please feel free to write that here.
After going over my answers, I feel like that they're a bit negative and scary. So I'm going to try and end it on a positive note. Don't be scared or concerned! Japan is an amazing country. As a gay man, I absolutely love it here. I wish they were a bit more progressive on LGBT issues, but they're getting there! Besides, Japan is a lot better off than a ton of countries. And if you're interested in Japan for the culture, food, lifestyle, etc, then you shouldn't let the LGBT culture stop you from coming to Japan.

After graduating from college in the fall of 2016, Bart immediately wanted to work in Japan. He always wanted to learn the language and considered the Japanese culture to be very unique, so getting TEFL certified to teach English there was a no-brainer for him. He landed a job teaching English to children at an elementary school in Kyoto, Japan.