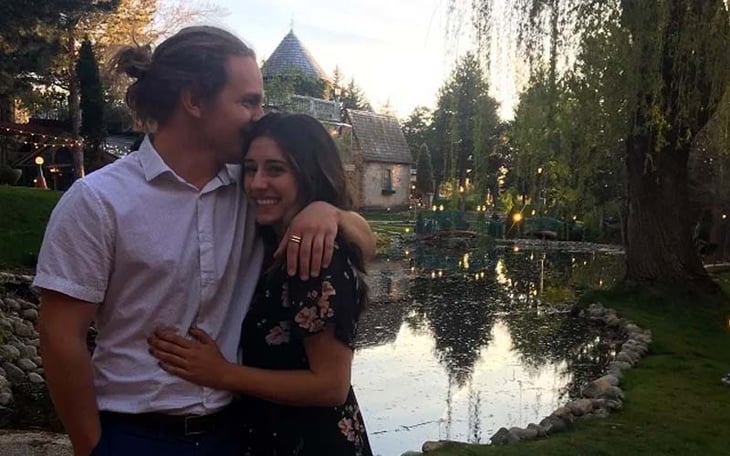 When my partner and I started looking into getting TEFL – Certified, we both decided that the International TEFL Academy Online TEFL Course was best for our busy work-school-life balance. I absolutely loved my course. It gave me the tools and guidance I needed to be able to teach. Even though I felt prepared to work, there were some curve balls thrown at us while we made the adjustment to the Spanish lifestyle. Here is a little information we learned after making our move to the land of tapas and sangria.

It always amazes me how easy it is to watch your money drop from something to nothing in no time. When you’ve just arrived in a new country, budgeting can be super difficult, especially since a budget is an allocation of income. But how do you allocate your income when you aren’t making any money yet?

My advice is to start budgeting before you leave your home country. Use Google to find the average cost of living in your favorite Spanish cities, and build your savings account based on that number. Remember that places like Barcelona and Madrid are going to have much higher costs of living. On average, rent and utilities combined will be about €215 at the cheapest, with more average costs in big cities being between €300-€450. The average Spaniard makes between €800-€1100 per month, and as an ESL teacher, you can plan on making about the same.

With all that in mind, it’s definitely a good idea to arrive in Spain with a little cash. To be safe, I’d recommend having about $4,000 in your bank account. You won’t necessarily spend this much, but it’s always comforting to have a safety net for those “just in case” moments.

For those looking for a little extra spending money, ITA also offers awesome alumni awards and incentives to give you a little extra cash for that flamenco lesson or a paella cooking class.

Still confused on the whole budgeting fiasco? Head over to my blog where I write about travel, money, and budgeting with irregular income.

Okay, let’s talk logistics. You will definitely need a roof over your head, and hostels probably aren’t going to cut it for long. Even as recent as three years ago, the easiest way to find an apartment was to hoof it around your desired neighborhood. Potential leasers would post old-fashioned flyers with tear-off numbers to call. Thankfully, the rental process has gotten easier since then, for those of us with less-than-perfect Spanish language skills.

Your search can start online, with websites like Idealista, FotoCasa, and PisaCompartido. Definitely check out Facebook groups for expats in your city, as many expats post about rooms and apartments for rent that might not appear on the rental sites. If you want to, you can also contract a real estate agent, although this will cost you a pretty penny (€250-€500+).

When looking for a place, remember that lower floors mean less sunlight, and interior rooms, though super cheap, usually have windows that face the inside of an apartment complex (you could be looking into someone else’s bathroom). Most apartments have a washing machine, but not a dryer, which is great news for your clothes. They’ll last so much longer! And don’t forget to follow basic roommate etiquette. Clean up after yourself, share apartment responsibilities, and always pay rent on time.

Spain, just like most of Europe, looks, at the surface, relatively similar to the United States. There are government offices, post offices, restaurants, universities, and much more. You’d think the daily schedule would be similar, with businesses open from 9:00am – 5:00pm Monday-Friday. But don’t be fooled!

While almost everybody knows about siesta, the period just after lunch where everything closes down while everyone takes a nap, there is much more variety to the Spanish work schedule.

Just about everywhere – including government offices – close at 2:00pm and often don’t reopen until anywhere from 5:00pm – 8:00pm. Dinner doesn’t even begin until 10:00pm. Bars are open until the early hours of the morning, and sleepy cities don’t start stirring until around 10:00am. Church is in the morning on Sundays, and paella with the family lasts from after church until the sun sets.

Speaking of paella, we would be remiss not to include meals in this post. Did you know the Spanish eat five times every day? Desayuno, or breakfast, is usually just a quick café solo with a pastry or a piece of pan con tomate. Almuerzo is the second meal, usually eaten around 11:00am, followed by la comida at 2:00pm. La comida is usually the most substantial meal of the day, and it can consist of multiple courses. La merienda is a light afternoon snack, eaten around 7:00pm, and la cena is dinner, eaten around 10:00pm.

In supermarkets, don’t be surprised if eggs and milk aren’t refrigerated, and the stores are full of cheap produce and fresh baked bread. And if you’re ever missing home, the big cities always have supermarkets with foods from other countries – like peanut butter from the U.S. and even Vegemite from Australia!

There’s nothing better than getting mail from home, especially around the holidays, but getting large packages can be a bit challenging in Spain. All packages coming from outside of Spain are filtered through customs in Madrid, where items that aren’t permitted - weapons, contraband, and any perishable foods – are removed. You will be notified via mail when your package arrives in Madrid, but in order to actually get it, you’ll need to follow the steps outlined in the letter to register with the Spanish mail system, Correos.

You’ll also need to pay an import tax on every package you receive, regardless of how much the sender paid to have it delivered to you. This tax is based on the contents of the package, which you must know, even if the package is considered a gift. If you don’t respond to the Correos letter.

We’re not in Latin America anymore, folks! For anyone who learned primarily Latin American Spanish – like us – you’ll notice immediately that the Spanish here is almost an entirely different language. The letters “C” and “Z” are pronounced “th” (think Barthelona), and idioms rule the language.

The good news is language exchanges are everywhere, and you can work with your fellow teachers in your schools to improve your speaking and listening skills.

If you’re feeling extra dedicated to learning the language, try watching Netflix in Spanish (you can even use English subtitles, if you’re a bit of a cheater, like me). Most television and film production is done in the U.S., so you’ll likely be watching a dubbed version of your favorite American show. Modern Family is ten times funnier with the Spanish voice-overs, trust me.

Kenzie is an Idaho native who graduated from Boise State University in 2016 with a B.S. in political science. She spent a year climbing around the mountains in Montana before moving to Spain with her husband to teach English.