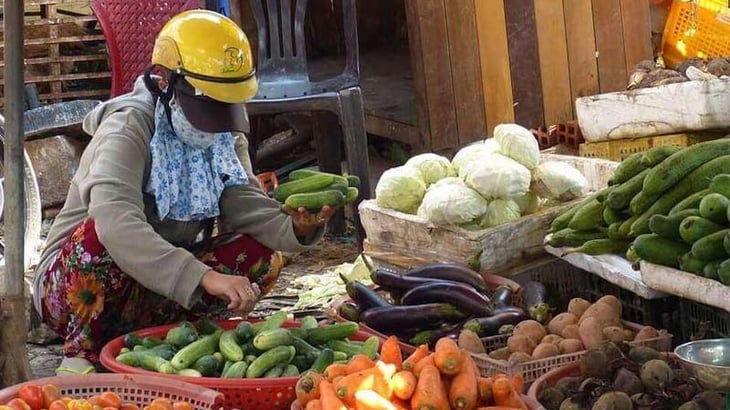 Moving abroad tends to be a bit unnerving at times as most of us embarking on the adventure are often weary of the “other side.” While Vietnam isn’t as scary as some of my elder family members conjectured, I’ll admit that it does feel like a different world, particularly in the beginning. Here are a few things I wish I knew when I first moved here, that I know now.

1. Invest in a shower filter immediately

I am well aware that the water quality for somewhere like Vietnam cannot be compared to most places in the west, but showering here can be pretty questionable. I’d looked the other way for my first year in Saigon, but after traveling home to the USA for six weeks and noticing an incredible difference in my locks, I decided it wasn’t overly-anxious expat hooplah after all. I purchased mine through a company called Pure Rain, and as you can see, there’s literally brown sludge filtered out. Was I washing my hair with sewage-grade water prior to this purchase? I can’t be certain. Oy vey!

2. You aren’t offending them when you try to bargain

The thought of bargaining with someone for any item in Vietnam - and most everywhere else - makes me feel uneasy. First of all, I used to be pretty bad at it. I never knew what a reasonable price would be and I never wanted to offend the local people, especially the grandmas. The notion to keep in mind is that bargaining is a part of Vietnamese culture; they do it amongst themselves as well. Another thing I used to hate about the concept of haggling is the fact that I’m always pretty aware of my privilege, which is a blessing and a curse. Take this as a kind reminder that while the price negotiation process might feel a bit odd and as though you’re cheating someone out of money, they’re pretty much always making money off you.

3. Regardless of how comfortable you feel, you’re always a target

I don’t want to get too dark, but you must always be vigilant living in this city. I’ve been fortunate enough to only have my phone stolen [knocks on wood while typing this], but I have had a number of friends either dragged by motorbikes passing by, victims of motorbike or phone snatching or blindly robbed by their motorbike taxi drivers. Another friend of mine was visiting town and was locked in a taxi by her driver as she refused to pay him 3 million VND (~$130 USD) for her 15 minute ride. It’s not something to be too worried about as it’s not terribly common, but I often have to remind myself of this when I’m walking around carelessly texting and listening to music on the side of the road or late at night.

4. Driving a motorbike isn’t that difficult

It took me eight months to finally muster up the courage to get on a motorbike. I wish that I’d done it sooner, though. I get it - it’s a scary thought. My Fitbit used to clock in each way of my commute as an exercise for the first month. Now, it’s my favorite way of getting around and I can’t believe I went that long without doing one of my favorite things ever. I’m fairly certain I will get a motorbike when I eventually return to the states. If you’re concerned about getting on a bike, take a spin around quieter neighborhoods such as An Phu or Thao Dien in District 2; I suggest starting on an automatic at first!

I honestly wasn’t as keen to move to Saigon as much as I was yearning to relocate to Hanoi. I was concerned about it being a bit far from natural landscapes; I was also worried there wasn’t much to do. While it’s true there’s not always a lot of touristy things to do once you’ve explored the city in a few days, there is always something to do on the weekends and in the evenings. Saigon is incredibly diverse and beautiful and I’m happy that I ultimately agreed to move here as it’s opened up a world of opportunity for me, both professionally and personally. It goes to show that you never know what is at the other end until you surrender to the flow - life is full of surprises.