TELL US ABOUT YOURSELF

What is your citizenship?

Where are you from?

How old are you?

What is your education level and background?

Have you traveled abroad in the past?

If you have traveled abroad in the past, where have you been?

Please tell us about yourself.

I'm a political science and economics major who focused on East Asian political development in the latter years of college and became interested in learning Chinese and working in Chinese-speaking countries as a result. I taught English in Taiwan on a Fulbright grant the year after I graduated, before moving to New York for several years and working in education and health technology firms. I recently decided to get back into teaching because it is a uniquely rewarding profession, and teaching abroad provides the opportunity to pick up new languages and skills that you wouldn't in your home country. In my free time, I study Chinese, explore Shanghai on long rambling walks with my boyfriend, read books and my favorite news magazines, watch good movies, and go hiking or biking.

What sparked your interest in teaching English abroad?

I've worked in a variety of positions since graduating from college, but none has been as rewarding as teaching. When a student produces work or demonstrates knowledge that you helped them develop and exudes a new confidence as a result, the feeling you get is unlike any other professional satisfaction I've had. Teaching English abroad is ideal because you can be sure you're helping students to develop a skill that will connect them to the global community and better themselves and their families.

CHOOSING WHERE TO TEACH ENGLISH ABROAD

Which country did you decide to teach English in?

Please include the city where you decided to teach English.

What did your friends and family think about you moving and teaching abroad? Were they supportive, apprehensive, excited, concerned, etc.?

My family, having gone through this before, was not surprised or apprehensive at the news. They were very supportive of my decision, not just because they think teaching is a good profession that helps you develop useful skills, but because they believe living abroad broadens a person's outlook and helps them empathize with people of different backgrounds.

What were some of your concerns before teaching abroad?

My only concern the first time I taught abroad was the language barrier. My Chinese was not very good when I arrived in Taiwan, and I was not sure how one would manage a classroom without speaking the students' first language. The barrier does make some things trickier, but the solution to this issue is straightforward: establish classroom English that everyone understands and repeatedly use those phrases when communicating with students.

What resources did you find helpful when deciding where to go?

I primarily used SmartShanghai.com to find jobs and housing, which made it much easier to settle in here. 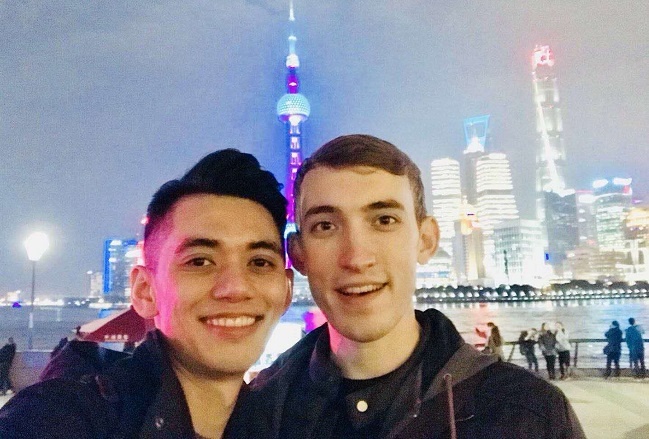 THE LGBTQ+ COMMUNITY IN CHINA

Please give your thoughts on dating abroad.

Unless you are fluent in the language of your host country, dating is made more complicated by the language barrier, and you may find yourself having fights over language misunderstandings. The key is to be patient and communicative and to expect the same of the person you're dating. I think that for LGBTQ+ people, dating in East Asia is remarkably similar to how it is in the States, with the main exception being that far fewer people are out to parents and family.

Was there anything about being a member of the LGBTQ+ community abroad that was unexpected?

I didn't expect how open the community could be here. It is common in Taiwan and even in big mainland cities to see openly gay couples being affectionate with one another. It's possible to be at a bar or party and forget that you're in Shanghai or Taipei and not New York!

Did being a member of the LGBTQ+ community have an impact on where you decided to teach English? If yes, how so?

Being gay certainly steered me away from places where gay relationships are looked down upon or even illegal, and toward big cities, where people are neutral or even supportive of gay people in much of the world, and especially in East Asia. Taipei and Shanghai are both very easy places to be openly gay, and I have not felt compelled to hide things about my personal life in either place.

Did you come out while living abroad? If so, how did your host country and experience influence that decision?

I came out early in college, and have chosen to live in cities where I do not need to conceal the fact that I'm gay.

Tell us about finding your community abroad

The gay communities in Shanghai and Taipei are vibrant and welcoming! The things that bind the gay community together seem to transcend national boundaries, and I felt connected from the moment I made my first gay friend in Taiwan.

What were some of your most memorable experiences teaching English abroad?

My most memorable experiences have been moments when an unplanned occurrence forces me to think on my feet on the job. The first time this happened was a month into my teaching experience in Taiwan, when my co-teacher came down with the flu and was out for several days. I was not completely trained and still relied on my co-teacher for classroom discipline and lesson planning help, so I was worried about how the week would play out. After two very tough lessons, I made changes to my teaching style and lesson plans that made the afternoon and next few days a success. At the end of the week I was more confident than I had been since arriving!

Did you have any difficult conversations abroad? If so, would you mind sharing?

I've had a few tricky political conversations, but in general I've found that when you get to know individuals, you find that people from every place in the world are fundamentally so similar that there aren't difficult conversations that are specific to your experiences abroad. 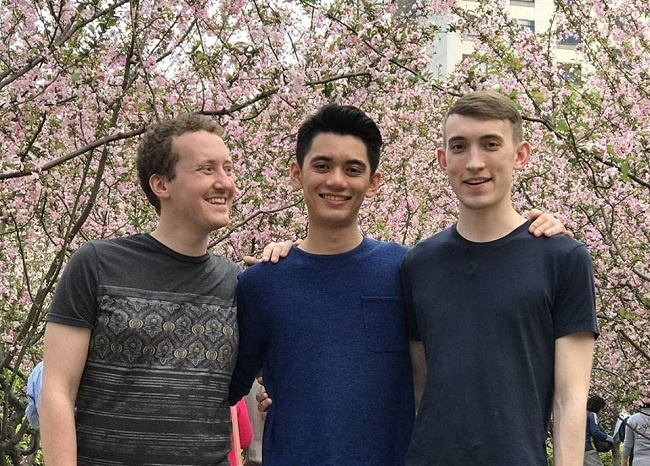 I think that if anyone believes a generalization about people from a certain country or culture, a quick bit of research or a few new friends from that country will show that stereotypes are useless. I did not encounter many people with stereotypes about me, but was told that some people who had not met an American before thought that we resembled the characters in our film and TV shows more than we actually do.

Were there any cultural boundaries you found to be different than your home country? If so, please explain.

There are a variety of large and small differences between the U.S. and China in terms of the way you are expected to talk and eat and live your life. One interesting difference is that in China, weight is talked about very differently than in America. Here it is common to bluntly ask what weight a person is and for people to call themselves or others chubby. While that behavior is considered rude in America, here such comments are not generally negative in spirit.

What are your thoughts on safety in your host country abroad, as a member of the LGBTQ+ community?

Have you participated in any pride celebrations abroad? If so, please tell is about them.

I participated in Taipei pride and plan to participate in Shanghai pride this year. Taipei pride is the biggest in Asia and draws people from across the region, and will feel familiar to anyone who has been to Pride events in large American cities. It was a joyful and exciting event where people were open regardless of what their lives were like at home.

Have you had any weird and/or funny questions from locals?

Nobody has asked me any questions that stand out as especially strange! I have been asked several times whether my family and I owned guns and why Americans have so many guns, to which I always reply 'No' and 'Don't ask me.'

Do you have any advice for people planning to move to this country/move abroad?

For people in general, my advice is to come into the experience with as few expectations as possible, and with an open mind. For LGBTQ+ people, I'd recommend going to a gay event or bar early on so you can make a few friends and build up a supportive network in your new home! 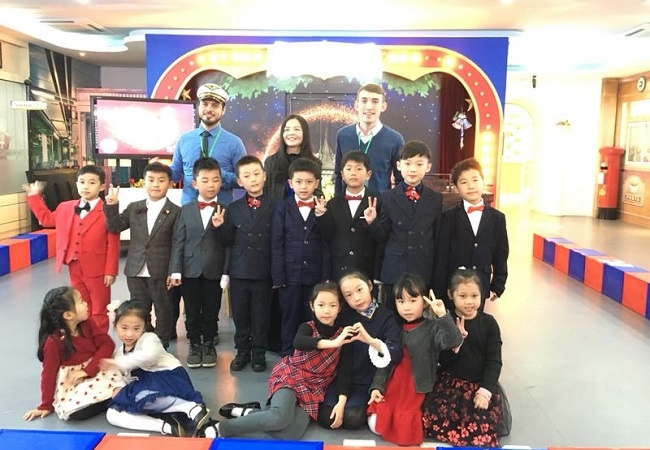 Want to Learn More about Teaching English in China, or Being part of the LGBTQ+ Community Abroad?

Request a free brochure or call 773-634-9900 to speak with an expert advisor about all aspects of teaching English in Czech Republic and around the world, including TEFL certification, the hiring process, salaries, visas and more.