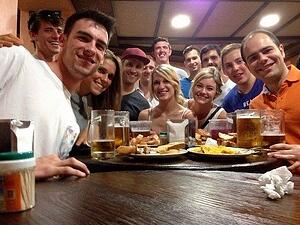 One of the most challenging aspects of moving to a foreign country is leaving the comfort of your friends and family.  You know these people, relate to them, share interests, talk with them – all comforts we usually take for granted but quickly learn to appreciate when separated by distance.  This can be one of the strongest mental roadblocks to making the switch to a job overseas.  I struggled with this very problem before making my move to Spain; I didn’t want to let go of what I had become comfortable with.

Before I committed to the Online TEFL Course with International TEFL Academy I had serious doubts about my ability to find a friend group in a foreign country.  I cringed at the thought of having to start fresh in a new city with no known friends and, to be fair, I had a difficult first few weeks when I arrived in Madrid.  I was living in a hostel in a country where I didn’t speak the language and had no permanent friends.  However, after those first challenging weeks I was able to establish myself in my new surroundings and begin to build a web of connections that naturally spun itself wider and wider.  The key to overcoming the mental obstacle of starting over is to think back to the chance encounters and situations that created your original circle of friends at home. 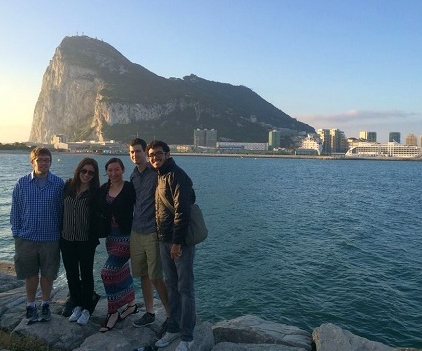 The point I am making here is that friendships do not begin in a formal matter or over a long period of time with requisite introductions or prior connections.  Meeting new and interesting people that you connect with is a spontaneous and organic process with few rules and even less predictability.  For example, after my first few difficult weeks in Madrid searching for an apartment, I visited one where the roommates were my age, English-speaking, and seemed fun.  I immediately took a tiny room with no windows because I felt I could connect with my new roommates, and I did.  We immediately got along and just like that I had two new friends in my new home.  From there, I was introduced to people they had met in Madrid and so had the opportunity to connect with a circle of friends 10-15 strong within a week of meeting my roommates.  The important part is to see opportunities to make new connections and then to take those opportunities.

A similar situation occurred when my old college roommate told me about an old friend he knew was living in Madrid.  He put me in contact with his friend and we met up the week after I arrived in Spain.  It was amazing to see all the strange connections I had with people living halfway around the globe and, to use the cliché, what a small world it really is.

Through our mutual friend back in the States, we met in Madrid and I was quickly introduced to his friend group already living in the city.  I became very good friends with many people in this circle that I had no connection to at all before and who I would have never met had I not taken it upon myself to be proactive in finding friends.  It sounds funny to say but you really have to act like Paul Rudd’s character in, “I Love You Man,” where he is trying to make a close group of friends before his wedding.  In the movie, he finds a group of friends through mistakes and happenstance, and to a large degree, this is what happened to me in Madrid.  I think most of us can tell within a few minutes whether we connect with another person or not, which is not to say judge people quickly, but rather, if you think you get along with someone there is no reason not to make that connection right then and there.

There is no set time limit before you can be friends with someone you’ve just met and there is also no barrier prohibiting you from making plans with that person immediately.  In my case, I traveled with my roommate the first weekend after I moved into my new apartment and several times after that.  I also traveled with some of the friends I met through my old roommate’s friend, and even traveled with their friends.  Confused yet?  It seems confusing on paper but, in reality, this is the natural process of what I called my “web” of contacts expanding.  You will meet people through other people and they will introduce you to more people – all of whom may share interests with you or want to take the same weekend getaway as you.

My general message I wanted to convey in this article is that while it is difficult to leave your established friends and it will be hard not to see them for an extended period of time, it is not difficult to seek out and instantly become friends with like-minded people all over the world and, I would argue, it is far more rewarding than not attempting it.  The people you meet traveling will likely be in, or have been in, a similar situation to yourself and will be ready to lend a helping hand.  You will also meet people from a much broader spectrum than you have previously in your life.  Your new friends, and others you meet along the way, will have extraordinary backgrounds and stories that you could not have imagined before moving abroad.  This, I think, is the single most important aspect of living and teaching abroad.  There are few other more authentic ways to connect with so many different people from so many different environments and the effect on yourself and your worldview will be irrevocably changed for the better by it.

About the author:  Colin Brown is 23 from Philadelphia, Pennsylvania with a BA in History from the University of Pittsburgh.  After graduating college he decided to pursue his goal of living and traveling in Europe by moving to Madrid, Spain. To read more about his adventures, check out Madrid, Spain English Teaching Q&A with Colin Brown