7 Highlights of Teaching English in China, the "Land of the Dragon"

Boasting a population over 1.3 billion people, China is the most populous nation and its land mass, covering more than 9.6 million square kilometers, makes it the second largest country on earth. China is also the second largest, but fastest growing, economy in the world. Yes, it seems like everything about China comes in giant numbers.

That includes matters relating to teaching English abroad.  According to none other than China's outgoing premier, Wen Jiabao, 300 million Chinese are learning English, creating more than 100,000 employment opportunities for foreigners to teach English in China every year, making it the largest job market in the world for teaching English abroad. The list of reasons to teach English in China is nearly endless, but here are seven that certainly deserve consideration.

1. Get paid to live and work in China, the largest job market in the world for teaching English abroad

If you've always dreamt of traveling to or living in China, teaching English provides a myriad of opportunities to get paid to live, work and travel in this fascinating country. To succeed in an economy based on global trade (primarily with English-speaking markets like the U.S.) Chinese children, university students, service workers and businessmen are keen to get ahead in a rigorous, competitive environment where English is becoming a more essential skill every day! This means that for native English speakers who gain a TEFL certification, no field offers more opportunities to get paid to live and work in China than teaching English.

Here are just some of the highlights of the job market for teaching English in China:

2. Marvel at the Great Wall of China

An old Chinese tale says “Who doesn’t reach the Great Wall isn’t a true man.” While your manhood may not necessarily be questioned if you don't make it to China, this landmark lines up with the Great Pyramids of Giza and the Taj Mahal as one of the top man made sights on earth. Built over a period of 2,000 years using stone, brick, wood and other materials to protect the nation from invasion, the Great Wall is more than 13,170 miles long and stands as an everlasting symbol of China strength and importance as one of the world's great civilizations.

For visiting, you will probably travel from Beijing. Go early in the morning and during weekdays to avoid the crowds. The wall is divided by sections; “Bandaling” is the most famous, the easiest to climb, the most visited and  crowded.  “Simatai” offers spectacular beauty, magnificent landscapes and smaller crowds. Whatever part of the Wall you visit, remember to wear comfortable shoes and be ready to climb! 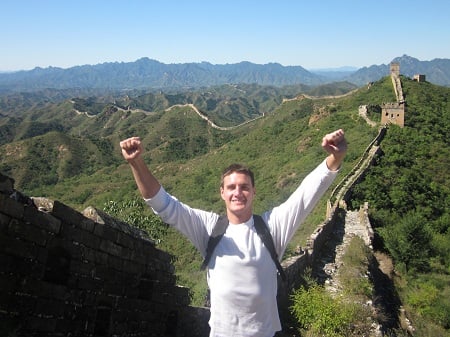 3. Experience the Power of History at the Forbidden City

For over 500 hundred years spanning the reign of twenty-four emperors and two dynasties (Ming and Quin), the door of today's “Palace Museum” was locked to all of those who didn’t receive the emperor’s express permission to enter. Today “The Forbidden City” is the world’s largest palace complex, covering more than 74 hectares and encompassing more than 8,700 rooms (according to myth there are 9,999 and a half rooms). “The Celestial Emperor Palace” located in Beijing was listed by UNESCO as a World Cultural Heritage and is one of the most popular historical attractions world-wide, receiving approximately 8 million visitors every year.

4. Witness the Terracotta Warriors bring the history of China to life

In ancient China it was believed that material things possessed in your life on earth could accompany you to the afterlife. For an emperor this presented a major challenge, given the extent of his treasures and their symbolic importance as representations of his power and accomplishments. Quin Shi Huang, the first emperor of all China, spent 11 years building the “Terraccota Army” comprising thousands of lifelike warriors, horses and other sculptures to take with him to the other life. Discovered in 1974, the Terracotta warriors and horses represent the most significant archeological discovery in China of the 20th century and have greatly expanded our knowledge of ancient China and Chinese art. Located in Xian province in an area covering 16,300 square meters, the discovery site encompasses a museum and three archaeological pits where relics continue to be excavated. The Terracotta Warriors are part of Chinese history that are continuing to be discovered - a can't miss opportunity for those teaching English in China! 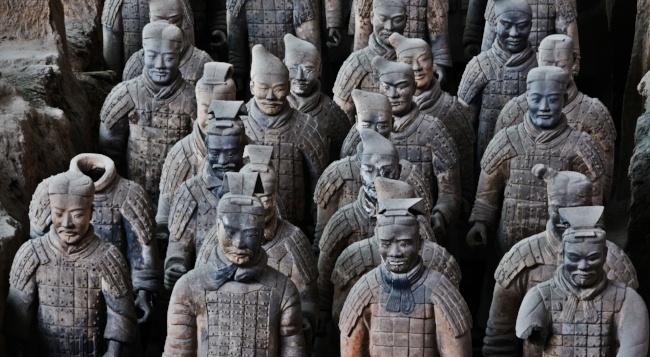 5. Indulge your taste buds with the divine delectability of Peking duck!

Chinese cuisine is a wonder in its right, encompassing an endless array of flavors, aromas and ingredients. "Peking" duck is the most famous dish in China,  and certainly a requirement to sample for those teaching English in Beijing. Its origins date to the era when the Forbidden City was still locked and the roasted, crispy, juicy and delicious “Shaoyazi” (its previous name) was reserved strictly for the Emperor and royalty. According to local legend, the magic of the duck was brought to the wider world when one of the royal chefs retired and decided to open a public restaurant. That first Peking duck restaurant was opened in 1416 and Bianyifang remains open today!!!

Larger in area than the United States, China encompasses a vast diversity landscapes and natural beauty, including some of the spectacular landscapes in the world. While most visitors concentrate their time in large, modern cities like Beijing, Shanghai and Hong Kong, the nation offers so much more that is worth exploring. One benefit of living and working in travel China as an English teacher is that you will have more time to see more of the country than a typical tourist.

Some highlights include Mount Huangsanshan and Mount Wuyi in Fujian, each considered one of the most beautiful mountains in the country and UNESCO has declared them each a World Heritage Site.

If you enjoy scenic rivers and hills, escape to Gauanxi, Yangshuo, considered as one of nation’s most beautiful locations. If you are in tropical mood, China offers that too - just head to Yalong Bay on the southern island of Hainan. 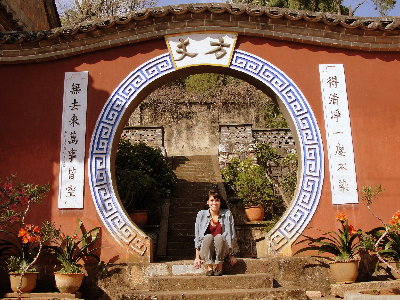 If you are looking for one of the greatest adventures of your life and exploring one of the most diverse and dynamic cultures in the world, teaching English in China is your ticket.

Contact us for a free brochure and to learn about International TEFL Academy TEFL Certification options and the great possibilities for you to teach English in China.